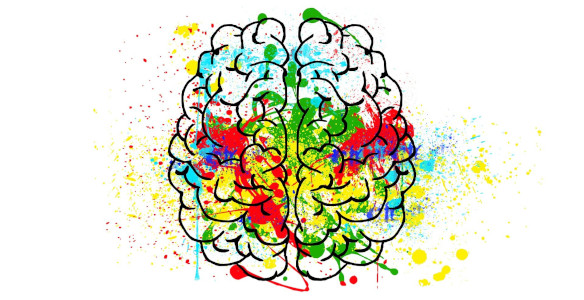 Dear Quote Investigator: You are deeply influenced by the actions and behaviors of your friends and companions. You consciously and unconsciously imitate what you perceive in your local environment. The following adage encapsulates this viewpoint. Here are four versions:

You are the average of the five people you spend the most time with.
JIM ROHN
Self-made millionaire and successful author

The statement attributed to Rohn followed a circuitous route:

When Tim Ferriss was 12 years old, an unidentified caller left the above Jim Rohn quote on his answering machine. It changed his life forever. For days, he couldn’t get the idea out of his mind. At only 12 years of age, Tim recognized that the kids he was hanging out with were not the ones he wanted influencing his future.

Tim Ferriss was born in 1977, and he is best known for the self-help book “The 4-Hour Workweek”. Ferriss heard the quotation circa 1989 when he was 12 years old. QI tentatively credits Rohn with the saying although the current evidence is weak, and QI believes the saying evolved over time.

The central idea of the saying under examination can be expressed in many ways. An instance appeared in the 17th century Spanish novel “Don Quixote” by Miguel de Cervantes. The notion was spoken by Sancho Panza who was the faithful servant and squire of the main character Don Quixote. Here is an English rendition:[2]1749, The Life and Exploits of the Ingenious Gentleman Don Quixote de la Mancha by Miguel de Cervantes Saavedra, Translated by Charles Jarvis, Volume 2, Second Edition, Quote Page 134 and 135, … Continue reading

Here, quoth Sancho, the proverb hits right, Tell me your company, and I will tell you what you are.

A separate Quote Investigator article about the saying immediately above is available here.

Who are the five people you spend the most time with? Which category do they fit into?

If the world around you is negative, chances are you are too. On the other hand, if you surround yourself with positive, uplifting people, you’ll notice an almost immediate rise in your spirits. Don’t forget, you can choose the people with whom you spend your time.

Amen’s remarks were a precursor to the statement attributed to Rohn. Amen used the key phrase “five people” and described the influence of ones coterie.

List the five people you spend the most time with. Are these people on a similar financial path? If they are not, find five others who are doing and living the way you want.

Are you surrounded by people who believe in you, people who encourage you to feel good about yourself? Or do you spend time with people who are constantly putting you down and downplaying your ideas? Who are the five people you spend the most time with? Are they positive or negative?

It’s been stated that your income will become the average of the five people you spend the most time with. We therefore surround ourselves with wealthy people and those who wish to become wealthy. The Inner Circle is powerful and available to all who are serious about developing a higher consciousness and more enjoyable standard of living.

Also, in 2005 Canfield’s book used the quotation as a chapter epigraph which he credited to Jim Rohn as mentioned previously:

You are the average of the five people you spend the most time with.
JIM ROHN
Self-made millionaire and successful author

One quote I heard recently says: “You are the average of the five people you spend the most time with,” (I heard this from Keith Cunningham but the original source is unknown to me). Choosing your friends is not an easy thing to do. You may have to limit relations to people you care deeply for because of their negative attitude towards life.

The best way to predict your future is to envision the future of the five people you spend the most time with. Who are these five people in your life? Do they share your values and support your dreams? Will they be where you want to be 10 years from now? Through your college years you will consciously or unconsciously develop a core group of friends.

“Your life is going to be a reflection of the five people that you spend the most time with,” Smith pointed out. “It’s who you are.”

“If you don’t want it to be these five people [around you now] then you’ve got to hang with five new people. We will rise and fall based upon the people that you have around you.”

In November 2006 satirist Joe Queenan of “Barron’s” magazine visited the Learning Annex Real Estate & Wealth Expo held in Manhattan. Queenan employed a variant with “sum” instead of “average”. He suggested that the statement was trite:[10] 2006 November 27, Barron’s, Volume 86, Number 48, Hey, What Did You Expect for a Lousy $99? by Joe Queenan, Start Page 44, Quote Page 44, New York. (ProQuest)

Attendees seem to revel in the ceaseless flow of canned banalities: . . . “If you play with pennies, you get back pennies”; “To a starving man, a carrot feels like a banquet.” It is as if these incantations are the secret texts that must ceaselessly be invoked, otherwise everyone might forget that we are the sum of the five people we spend the most time with. Or is it 12? Or 76?

In 2008 holistic nutritionist Paula Owens published the self-help book “The Power of 4”, and she employed the variant with “sum”:[11]2008, The Power of 4: your ultimate guide guaranteed to change your body and transform your life by Paula Owens, Chapter 1-2, Quote Page 15, Published by Paula Owens at paulaowens.com. (Verified with … Continue reading

Surround yourself with like-minded individuals who make you feel good when you’re with them. You are the sum of the five people you spend the most time with. Does this buddy, role model or expert enhance the quality of your life?

Who do you spend the most time with? Who are the people you most admire? Are those two groups of people exactly the same? If not, why not? Jim Rohn taught that we become the combined average of the five people we hang around the most.

There’s an old saying in business: You’re the average of the five people you spend the most time with. The same is true for ideas. As was pointed out in the last chapter, mindset matters.

In conclusion, the evidence is weak, but Jim Rohn is currently the leading candidate for creator of this saying based on the 2005 book by Jack Canfield with Janet Switzer. Daniel G. Amen expressed a similar viewpoint in 1989, and he referred to five people, but Amen did not construct a memorable quotation. Future researchers may discover citations which clarify the situation.

Image Notes: Illustration of brain with colorful splotches from ElisaRiva at Pixabay. Five colors represent five influences on the brain. Image has been resized.

(Great thanks to Anya Nielson whose inquiry led QI to formulate this question and perform this exploration.)