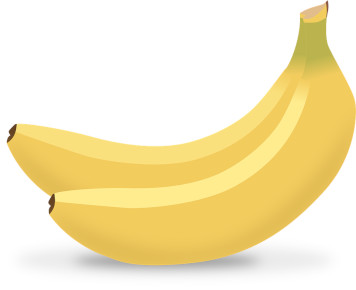 Dear Quote Investigator: In 2019 the Italian conceptual artist and provocateur Maurizio Cattelan used duct tape to attach a banana to the wall of an art gallery. He dubbed the resultant artwork “Comedian”.

After Cattelan sold the quasi-sculpture for a lucrative price he was sued by another artist who had previously taped a banana and an orange to a green background. The presiding judge was inspired to mention a humorous definition of art from the 1960s:

The judge credited Canadian communications theorist Marshall McLuhan with this definition. Would you please explore the provenance of this remark?

The photographs accompanying the statement showed a massive sculpture:

“The biggest and best woman in the world,” an 82-foot-long, 20-foot-high sculpture, in Moderna Museet, Stockholm. You can walk around in her.

Skepticism about whether a particular item should be described as an artwork has a long history. For example, the 1907 novel “Bunkum” by Frank Richardson contained the following exchange:[2] 1907, Bunkum by Frank Richardson, Chapter: The Great Parrot Story, Quote Page 191, Eveleigh Nash, London. (Google Books Full View) link

“And as for painting, I did once—when I was quite a girl—paint a robin lunching off mistletoe on a turquoise-blue milking-stool. I gave it to my father for a birthday present, and he wasn’t annoyed. I remember it well. But I suppose one could hardly call that art, could one?”

“Almost anything can be called art nowadays,” snapped Mona. “But I hardly think that a latent talent for disfiguring milking-stools would entitle you to membership of the Ladies Forum.”

Marshall McLuhan’s first book in three years, THE MEDIUM IS THE MASSAGE, will be published by Random House on March 17. Co-authored by Quentin Fiore, the volume—which contains more than 100 illustrations to show how patterns of life are being reshaped and reconstructed by media—includes such tidbits as this pearl on art: “Art is anything you can get away with.”

In addition to the artistic works, some of the following remarks were chalked on the ground:

McLuhan has also said, “Art is anything you can get away with,” a definition that has led some cagey entrepreneurs from the cash boom in Sunday painting to the instant creativity of spin art (the customer pours paint on a “small” cardboard … steps on a pedal; watches it circulate; and leaves happily ever after, clutching his creativity and feeling like Jackson Pollock) …

For several years “The Guardian” newspaper of London printed questions together with responses sent by readers. The material was edited to yield a series of books under the title “Notes & Queries”. The third volume in 1992 published the following query and responses:[6] 1992 Copyright, Notes & Queries, Volume 3, Compiled and Edited by Brian Whitaker, Series: A Guardian Book, Quote Page 126 and 127, Fourth Estate, London. (Verified with scans)

QUESTION: What is art?

The definitive answer was provided 30 years ago by Marshall McLuhan: ‘Art is anything you can get away with.’
John Whiting, London NW11. . . .

None of the answers offered last week is satisfactory. McLuhan’s ‘Art is anything you can get away with’ might admit undetected shoplifting or terrorism, neither of which would normally be considered art.
David Ainley, Matlock, Derbyshire.

Art is anything you can get away with.
-Terence Trent D’Arby

Great progressive art in galleries is surrounded by impotent avant-garde pieces from artists who have capitalized on the ignorance of dilettantes. The following statement, current today, seems in line with Adorno’s view: “art is anything you can get away with.”

In 2019 Italian artist and prankster Maurizio Cattelan constructed an artwork by taping a banana to the wall of an art gallery. Another artist sued him for copyright infringement. In 2022 the website of “Smithsonian Magazine” reported the comments of U.S. District Judge Robert Scola who denied a motion to dismiss the case:[9]Website: Smithsonian Magazine, Article title: The Famous Banana Taped to a Wall Is Now at the Center of a Copyright Suit, Article author: Jane Recker (Daily Correspondent), Date on website: July 14, … Continue reading

In conclusion, the quotation appeared in the 1967 book “The Medium is the Massage” by Marshall McLuhan and Quentin Fiore. QI believes that McLuhan deserves full credit because Fiore was the graphic designer and probably did not pen the remark. A critical attitude toward classifying an object as an artwork has very long history.

Image Notes: Illustration of a pair of bananas from Clker-Free-Vector-Images at Pixabay. Image has been resized.

(Great thanks to the anonymous artist whose inquiry led QI to formulate this question and perform this exploration.)