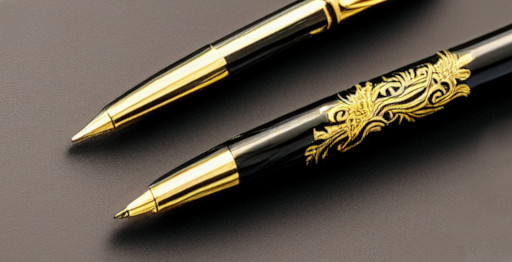 Question for Quote Investigator: Solving difficult problems often requires sketching out preliminary ideas on paper with a pen or pencil. The paper functions as an extension of human memory, and a scratchpad for developing thoughts. A famous scientist has been credited with saying something like this. Here are three versions:

This saying has been attributed to Albert Einstein, but I have been unable to find a citation. Would you please explore this topic?

Reply from Quote Investigator: Albert Einstein died in 1955. In 1965 the influential philosopher of science Karl Popper delivered a series of lectures at Washington University, St Louis. The following year he published “Of Clouds and Clocks” based on the lecture material. Popper attributed a version of the remark about pencils to Einstein within a footnote about computers. Boldface added to excerpts by QI:[1]1984, Popper Selections by Karl Popper, Edited by David Miller, Chapter 20: Indeterminism and Human Freedom, Date: 1965, (This chapter consists of sections II-IV and VI-XI from ‘Of Clouds and … Continue reading

… we use, and build, computers because they can do many things which we cannot do; just as I use a pen or pencil when I wish to tot up a sum I cannot do in my head. ‘My pencil is more intelligent than I’, Einstein used to say.

QI has not yet found direct evidence of this quotation in the writings or speeches of Einstein. QI does not know where Popper found the quotation. A German version of the saying was attributed to another person in 1936 as shown further below.

The remark is not listed in the comprehensive reference “The Ultimate Quotable Einstein” from Princeton University Press, but the reference does contain a pertinent quotation from Einstein’s sister, Maja, who stated that Albert used a pen while cogitating:[2] 2010, The Ultimate Quotable Einstein, Edited by Alice Calaprice, Section: Others on Einstein, Quote Page 503, Princeton University Press, Princeton, New Jersey. (Verified on paper)

Even when there was a lot of noise, he could lie down on the sofa, pick up a pen and paper, precariously balance an inkwell on the backrest, and engross himself in a problem so much so that the background noise stimulated rather than disturbed him.

Adolf von Harnack was a German theologian and Church historian who died in 1930. His daughter Agnes von Zahn-Harnack published his biography in 1936. She remarked that her father once wrote a complex book quite quickly. To explain this extraordinary performance Adolf von Harnack employed the saying. Below is an excerpt in German followed by a translation: [3]1936 Copyright, Adolf von Harnack by Agnes von Zahn-Harnack, Chapter: Die Dogmengeschichte (The History of Dogma), Quote Page 134, Hans Bott Verlag, Berlin-Tempelhof, Germany. (Verified with scans) … Continue reading

Thirteen months is a short time for such writing; But Harnack has often described how he felt inspired in such periods of increased production by mental powers about which he could hardly give an account, and he used to say when examining what he had written: “My pen is cleverer than I.”

Every ordinary adding machine is superior to most of us. Indeed, we would not construct multiplication tables, and systems of arithmetics, if our brains could calculate. We construct methods outside our skins to calculate with pencil and paper; and we construct electronic brains because we have no such brains ourselves.

… Stein whipped out a notebook with a 14-carat gold cover, his signature engraved on the top flap, and made a little note with a 14-carat gold pencil. “The dullest pencil,” quoth Jules with a sagacity appropriate to a man about to witness a historic event, “is more reliable than the sharpest memory.”

As mentioned previously in this article, Karl Popper attributed the saying under examination to Einstein in 1966:

‘My pencil is more intelligent than I’, Einstein used to say.

Popper delivered a series of lectures at Emory University in 1969 on his theory of mind-body interaction. Popper made the following remark during a discussion period that occurred after a lecture:[6]1994 Copyright, Knowledge and the Body-Mind Problem: In Defence of Interaction by Karl Popper, ‎Edited by M. A. Notturno, Chapter 1: Knowledge: Objective and Subjective, (Based on a series of … Continue reading

Einstein, before the computer age, once said, ‘My pencil is cleverer than I am.’ And that is clear enough: he would not use the pencil unless the pencil were in some way cleverer than he himself.

In 1977 Popper published a book chapter titled “Historical Comments on the Mind-Body Problem” which included a rephrased version of the saying attributed to Einstein:[7]1977 Copyright, The Self and Its Brain by Karl R. Popper and John C. Eccles, Part I by Karl R. Popper, Chapter P5: Historical Comments on the Mind-Body Problem, Section 56: A Final Look at … Continue reading

Einstein once said “my pencil is cleverer than I”. What he meant could perhaps be put thus: armed with a pencil, we can be more than twice as clever as we are without. Armed with a computer (a typical World 3 object), we can perhaps be more than a hundred times as clever as we are without; and with improving computers there need not be an upper limit to this.

Einstein said once, “My pencil is sharper than I am.” Einstein with a pencil was a lot smarter than Einstein without a pencil, there’s no doubt about that. But even our pencils can get out of hand—if we let them go to our heads.

In 1987 a newspaper in Knoxville, Tennessee printed a version of the 1953 remark given previously:[9] 1987 November 15, The Knoxville News-Sentinel, Weather records are like hog prices — they fluctuate by Robert Freeland, Quote Page S6, Column 1, Knoxville, Tennessee. (Newspapers_com)

It is best not to rely too much on memory. A dull pencil is better than a sharp memory any time.

… we have understood the world for centuries with the help of pencil and paper. As Einstein remarked, ‘My pencil and I are more clever than I.’ In terms of computational repertoire, our computers — and brains — are already universal.

In conclusion, QI tentatively credits Adolf von Harnack with the expression: Meine Feder ist klüger als ich (My pen is cleverer than I). This ascription is based on the 1936 citation.

Karl Popper attributed a variant expression to Albert Einstein in 1966 which was ten years after the famous physicist’s death. Perhaps Einstein used the saying after it was already in circulation. Alternatively, Popper may have been mistaken.

(Great thanks to David Siu, Minghon, and David Perell whose inquiries and discussion via email and twitter led QI to formulate this question and perform this exploration. Many thanks to German quotation expert Gerald Krieghofer who told QI about the 1936 citation. Krieghofer operates the website ZITATFORSCHUNG.)

Update History: On September 16, 2022 the 1936 citation was added to the article, and the conclusion was rewritten