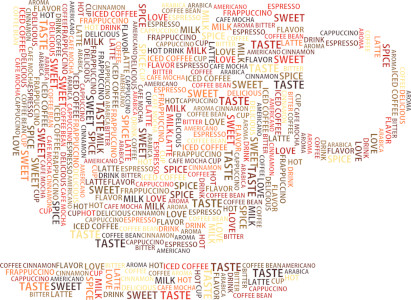 Question for Quote Investigator: A dictionary defines the meaning of a word by using a sequence of other words. Occasionally, a definition employs a picture. Linguists and artificial intelligence researchers have suggested that the denotations and connotations of a word emerge via an examination of the words that commonly occur adjacent or nearby. This notion is reflected in the following adage:

You shall know a word by the company it keeps.

Reply from Quote Investigator: The earliest close match known to QI appeared in 1957 within an article by linguist John Rupert Firth titled “A Synopsis of Linguistic Theory” which was published by the Philological Society of London. Boldface added to excerpts by QI:[1]1968, Selected Papers of J. R. Firth 1952-59 (John Rupert Firth), Edited by F. R. Palmer (Frank Robert Palmer), Chapter 11: A synopsis of linguistic theory, Reprinted from: Studies in linguistic … Continue reading

As Wittgenstein says, ‘the meaning of words lies in their use.’ The day-to-day practice of playing language games recognizes customs and rules. It follows that a text in such established usage may contain sentences such as ‘Don’t be such an ass!’, ‘You silly ass!’, ‘What an ass he is!’ In these examples, the word ass is in familiar and habitual company, commonly collocated with you silly—, he is a silly—, don’t be such an—. You shall know a word by the company it keeps!

QI believes John Rupert Firth should receive credit for the expression under investigation.

Firth’s remark alluded to the following earlier saying: Tell me what company you keep and I will tell you what you are. A separate Quote Investigator article about this adage is available here.

Every man is like the company he is wont to keep.
Phoenix. Fragment 809

He is known by his companions. (Noscitur a sociis.)
UNKNOWN. A Latin proverb.

In 1845 prominent English legal thinker Herbert Broom published “A Selection of Legal Maxims” which included an entry for the Latin proverb above applied to the domain of judicial interpretation:[4] 1845, A Selection of Legal Maxims, Classified and Illustrated by Herbert Broom, Maxim: Noscitur a sociis, Quote Page 149, A. Maxwell & Son, London. (Google Books Full View) link

NOSCITUR A SOCIIS. (3 T.R. 87.)—The meaning of a word may be known by reference to the neighbouring words
. . .
So, where the meaning of any particular word is doubtful or obscure, or where the particular expression when taken singly is inoperative, the intention of the party who has made use of it may frequently be ascertained and carried into effect by looking at the adjoining words, or at expressions occurring in other parts of the same instrument . . .

In 1957 John Rupert Firth crafted the saying about words as mentioned at the beginning of this article.

We cannot count on the dictionaries for help, as their formal definitions allow for no overtones. It is difficult to be succinct in the rendition of an idea centuries old, conceived in an environment completely different from our own, and more difficult to replace that idea by a pat synonym. What we can do and expect to do here, since words do occur in context, is to delineate the scope within that context, to identify a word by the company it keeps.

If, as is frequently the case, our terms occur in well-worn “strings,” the recurrent associative groups allow us to define one item in terms of those to which it is frequently tied, with which it is sufficiently often associated to merit our attention.

The NLP research community has proposed several methods for encoding words in a way that would capture such semantic relationships. All of these methods are based on the same idea, which was expressed beautifully by the linguist John Firth in 1957: “You shall know a word by the company it keeps.”

Such models are trained using a technique called self-supervised learning, rather than with pre-labelled data sets. As they burrow through piles of text they hide specific words from themselves and then guess, on the basis of the surrounding text, what the hidden word should be. After a few billion guess-compare-improve-guess cycles this Mad-Libs approach gives new statistical power to an adage coined by J.R. Firth, a 20th-century linguist: “You shall know a word by the company it keeps.”

In conclusion, John Rupert Firth employed the quotation in 1957, and he should receive credit. The underlying notion has a long history. There is a thematically related Latin proverb “Noscitur a sociis” which is listed in “Broom’s Legal Maxims” of the 19th century. This maxim suggests that the judicial interpretation of a word should be guided by an examination of neighboring words.

Image Notes: Illustration of a coffee cup constructed out of a collection of words related to coffee. This image was created by GDJ at Pixabay.

(Special thanks to Robert Schwartz who notified QI of the Latin proverb which is used as a legal maxim: Noscitur a sociis.)

Update History: On September 22, 2022 citations for Euripides, the Latin proverb, and the legal maxim were added to this article.