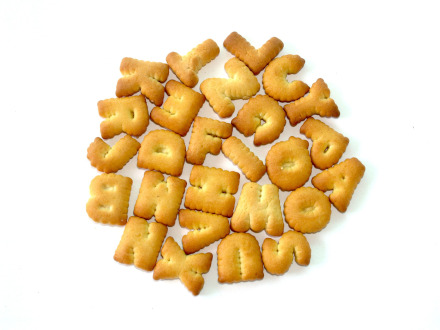 Question for Quote Investigator: According to legend a prominent political figure was planning to reverse a long-held policy, and a colleague disapproved while warning, “You would be required to eat your own words.” The figure replied, “I have often been required to eat my own words, and I find it a very wholesome diet!”

This wordplay has been attributed to Winston Churchill. I am unsure of the precise phrasing, and I haven’t been able to locate a solid citation. Would you please explore this topic?

Sir Walter urged the boys not just to take other people’s opinions for granted, but to form their own and think straight for themselves—even if they occasionally had to admit they were wrong.

This was not a shameful thing, he said, and cited the instance on which, after Sir Winston Churchill had been taken to task for saying something quite inconsistent with something he had said years before, he commented: “For 40 years, I have found myself eating my own words, and on the whole I find it a very wholesome diet!”

QI has not yet found a direct citation to a speech by Winston Churchill or to a text written by him. Nevertheless, the citation above and other attributions shown below are substantive; hence, QI believes Churchill deserves credit for using this type of quip although he was not the first.

Only the other day I came across a small ring of millers in my own neighbourhood, who had bound themselves not to grind under a certain sum, this sum being much in advance of the charge made in more prosperous times. Now, the farmers round had only to speak up, and these men of flour would have been put on the light and wholesome diet of eating their own words.

Perhaps eating one’s own words may be a wholesome diet, but it is not particularly palatable, at least not to me.

In 1956 Sir Walter Monckton attributed the quip to Winston Churchill as mentioned previously.

Sir Winston Churchill said on one occasion : ‘During my life I have often had to eat my own words and I have always found them a wholesome diet.’

In April 1958 “The Birmingham Post” of England published a profile of Scottish politician Katherine Ramsay who changed her viewpoint about women’s suffrage. The article credited Churchill with a different version of the wordplay:[5] 1958 April 26, The Birmingham Post, Change of Mind, Quote Page 6, Column 8, Birmingham, England. (British Newspaper Archive)

. . . the first big speech she made was in support of the anti-suffragettes—“No women in Parliament.” Then she changed her mind and became herself the first woman member from Scotland. She shared the right to change her mind with Winston Churchill, who said, years later, “Eating my words has never given me many pangs of indigestion.”

One day in the House of Commons, Winston Churchill delivered a speech which aroused a storm of protest. “One of these days,” a colleague predicted, “you are going to eat those words.”

“I have had to eat my words many times,” replied Churchill, “and I may add, I have always found them a wholesome diet.”

QI has not yet found evidence supporting the tale above in the Hansard of the United Kingdom Parliament, but in 1962 the following comment spoken by the Earl of Swinton in the House of Lords appeared in the Hansard:[7]1962 March 21, Hansard, United Kingdom Parliament, Lords Sitting The Statement on Defence, Speaking: The Earl of Swinton, Volume 238, cc528-625. (Accessed hansard.millbanksystems.com on December 4, … Continue reading

I remember once in Sir Winston Churchill’s Government, when we were proposing to alter some line of policy to which we had hitherto been committed, one of our colleagues said: “But, Prime Minister, we should be eating our words”. In reply, Sir Winston growled, “Well, very often quite a wholesome diet”.

In 1965 Winston Churchill died, and shortly afterwards two books appeared containing collections of his sayings. “The Churchill Wit”[8] 1965 Copyright, The Churchill Wit, Edited by Bill Adler, Chapter: The Man, Quote Page 48, Coward-McCann, New York. (Verified with scans) was edited by Bill Adler, and “Churchill: In Memoriam”[9] 1965, Churchill: In Memoriam, Written and Edited by the Staff of The New York Times, Part III: His Wit and Wisdom, Quote Page 151, Bantam Books, New York. (Verified with scans) was assembled by staff members of “The New York Times”. Both books contained the following remark ascribed to the statesman, but neither included a citation:

During my life I have often had to eat my own words and I have found them a wholesome diet.

Two of his favourite sayings recorded by Lord Moran as having been quoted by me were: ‘I would sooner be right than consistent,’ and ‘In the course of my life I have often had to eat my words, and I must confess that I have always found it a wholesome diet.’ Such words would not be used by a man who was truly impervious to argument.

“But Prime Minister,” protested Monckton when he was Minister of Labour, “I shall have to eat my words.” “And a very wholesome diet too, Walter,” replied Churchill.

Their exchange has been recalled at the Department of Employment and Productivity. Mrs Castle has been advised of it. Perhaps she has passed the story on to the Prime Minister.

In July 1969 the Marquess of Salisbury said the following in the House of Lords as recorded in the Hansard:[12]1969 July 17, Hansard, United Kingdom Parliament, Lords Chamber, Debate: House Of Commons (Redistribution Of Seats) (No 2) Bill, Speaking: The Marquess of Salisbury, Volume 304. (Accessed … Continue reading

I was afraid that I might have to say, like Sir Winston Churchill once did in a situation of an embarrassing character, “I suppose I shall have to eat my words—but, after all, I have often had to do this, and I have always found them a very wholesome diet”.

As much or more than most writers I have changed my mind—and, unlike Churchill, I have not, when eating my words, always found them a wholesome diet.

In conclusion, this type of wordplay was employed in the nineteenth century. For example, author Isabel Vernon wrote: “Perhaps eating one’s own words may be a wholesome diet” in 1885. Winston Churchill received credit for a similar quip beginning in 1956. QI believes Churchill probably did use this expression, but he was not the originator.

Image Notes: Picture of edible letters from account 41330 at Pixabay. Image has been resized.

(Great thanks to Fake History Hunter and Lord Rami Ranger whose inquiries led QI to formulate this question and perform this exploration. Fake History Hunter noted that Churchill quotation expert Richard M. Langworth included the quip in the compilation “Churchill By Himself: The Definitive Collection of Quotations” with a citation pointing to the 1969 book “Action This Day: Working With Churchill”.)