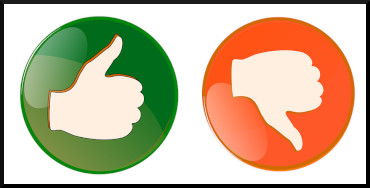 Quote Investigator: The earliest published evidence of this family of quips known to QI appeared in 1936 within an editorial published in multiple Scripps-Howard newspapers, e.g., “The Evansville Press” of Indiana[1] 1936 June 12, The Evansville Press, Landon—and the Platform, Quote Page 6, Column 1, Evansville, Indiana. (GenealogyBank) and “The Knoxville News-Sentinel” of Tennessee.[2] 1936 June 12, The Knoxville News-Sentinel, Landon and the Platform (An Editorial), Quote Page 6, Column 3, Knoxville, Tennessee. (GenealogyBank) The editorial criticized the political platform of the Republican party because it embraced two stances concerning soil conservation that were contradictory. Emphasis added to excerpts by QI: