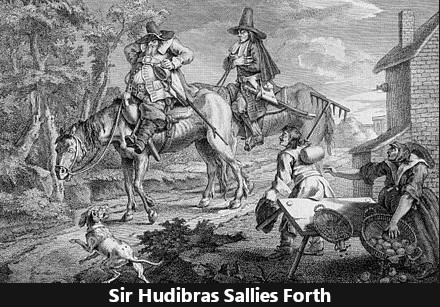 Quote Investigator: Samuel Butler lived between 1613 and 1680. His most famous work was a long satirical poem titled “Hudibras”. The three parts of the poem were combined into a single edition published in 1684. The quotation appeared in third part within canto three. Boldface added to excerpts by QI:[1] 1684, Hudibras in Three Parts (by Samuel Butler), Part 3, Canto III, Quote Page 202, Printed and Sold by W. Rogers, London. (Early English Books Online 2; ProQuest)