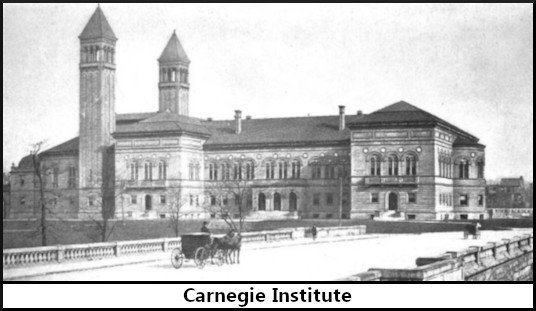 Dear Quote Investigator: Business titan and philanthropist Andrew Carnegie stated that one person cannot build a great enterprise alone. Also, one person should never demand all the credit. Would you please help me to find the precise quotation and a citation?

“I do not believe any one man can make a great success of a business nowadays. I am sure I never could have done so without my partners, of whom I had thirty-two, the brightest and cleverest young fellows in the world. ”

Carnegie asserted that only small-minded individuals attempted to take all the credit for a successful business:[2] 1899 October 15, St. Louis Globe-Democrat, Carnegie On How To Get Rich (Special Correspondence of The Globe-Democrat), Section 3, Quote Page 4, Column 4, St. Louis, Missouri. (Newspapers_com) link

“No man will make a great business who wants to do it all himself, or to get all the credit of doing it. That spirit is fatal, and the sure proof of a small mind.”

END_OF_DOCUMENT_TOKEN_TO_BE_REPLACED 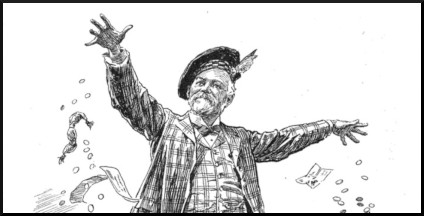 END_OF_DOCUMENT_TOKEN_TO_BE_REPLACED

(1) Those who will not reason, are bigots, those who cannot, are fools, and those who dare not, are slaves.

This saying has confusingly been ascribed to two very different individuals: romantic poet Lord Byron and Scottish philosopher William Drummond. Would you please untangle this attribution?

Prejudice may be trusted to guard the outworks for a short space of time, while Reason slumbers in the citadel; but if the latter sink into a lethargy, the former will quickly erect a standard for herself. Philosophy, wisdom, and liberty, support each other; he, who will not reason, is a bigot; he, who cannot, is a fool; and he, who dares not, is a slave.

Lord Byron should not receive credit for this saying. There are two potential sources of confusion. Byron’s major poem “Childe Harold’s Pilgrimage” has usually been published together with notes. One of the notes for the fourth canto contains the quotation above. The words are credited to William Drummond, but careless readers may have reassigned the statement directly to Byron.

The other possible wellspring of confusion is a book by Lord Byron’s friend Marguerite Gardiner, Countess of Blessington. She described at length her conversations with the poet, and she stated that Byron recommended Drummond’s works while employing the quotation under analysis. Byron credited Drummond when he used the line, but careless individuals may have incorrectly credited Byron.

END_OF_DOCUMENT_TOKEN_TO_BE_REPLACED

Dear Quote Investigator: Proverbial wisdom tells us never to put all our eggs in one basket, but an inversion of that advice has been ascribed to the renowned humorist Mark Twain and the business titan Andrew Carnegie. Who should receive credit?

Quote Investigator: On June 23, 1885 Andrew Carnegie addressed the students of Curry Commercial College of Pittsburgh, Pennsylvania. He gave pungent guidance to the learners which included a repudiation of the traditional adage about baskets and eggs. Emphasis added to excerpts by QI:[1]1902, The Empire of Business by Andrew Carnegie, The Road to Business Success: A Talk to Young Men, (From an address to Students of the Curry Commercial College, Pittsburg, June 23, 1885), Start Page … Continue reading

The concerns which fail are those which have scattered their capital, which means that they have scattered their brains also. They have investments in this, or that, or the other, here, there and everywhere. “Don’t put all your eggs in one basket” is all wrong. I tell you “put all your eggs in one basket, and then watch that basket.” Look round you and take notice; men who do that do not often fail. It is easy to watch and carry the one basket. It is trying to carry too many baskets that breaks most eggs in this country. He who carries three baskets must put one on his head, which is apt to tumble and trip him up. One fault of the American business man is lack of concentration.

The text above was from a collection of speeches and essays published by Carnegie in 1902. The date and location of the speech were specified in the book. Contemporaneous news accounts also mentioned the event. For example, on August 19, 1885 “The Yonkers Statesman” of Yonkers, New York described the talk under the title “Success in Business”. The phrasing varied: “I tell you” versus “We tell you”, but the adage was identical:[2] 1885 August 19, The Yonkers Statesman, Success in Business, Quote Page 2, Column 1, Yonkers, New York. (Old Fulton)

Mark Twain heard about Carnegie’s remark, and he was intrigued enough to record it in one of his notebooks. Later, he employed the reversed adage as a chapter epigraph in his tale titled “Pudd’nhead Wilson”. Below are additional selected citations in chronological order including detailed citations for Twain.

END_OF_DOCUMENT_TOKEN_TO_BE_REPLACED

Dear Quote Investigator: The phrase “like water off a duck’s back” is a well-known idiom that refers to an incident or a comment having little or no effect on a person.[1]Oxford Dictionary of English Idioms, Third Edition, Edited by John Ayto, Oxford Reference Online, Entry: like water off a duck’s back, Print Publication Date: 2009, Published Online: 2010, … Continue reading Here is a comically garbled version of the expression:

This odd-duck version has been attributed to the famous movie mogul Samuel Goldwyn, but I have also heard that he never said it; instead, the phrase was deliberately crafted and pinned to Goldwyn by an unhappy employee of the producer. What do you think?

Quote Investigator: The earliest connection of this remark to Samuel Goldwyn located by QI was published in a Hollywood gossip column in 1935. Interestingly, the columnist stated that Goldwyn had attributed the scrambled statement to another movie producer.

In 1937 the short biography “The Great Goldwyn” by Alva Johnston reported that the expression had been ascribed to Goldwyn by some witnesses but claimed that the truth was more convoluted; the humorous remark had been purposefully constructed by jokesters in the Goldwyn studio restaurant. Details for this citation and the one above are given further below.

I found him unreasonable, tyrannical, infuriating, and I admired him greatly. He made good pictures and had high ideals and standards of taste, divorced from the usual Hollywood one-track, narrow-gauge commercialism.

Oppenheimer stated that he engaged in a competition with other employees of the studio chief to manufacture a Goldwynism and to successfully place it into a newspaper. Oppenheimer achieved his victory with the mangled idiom. Boldface has been added to excerpts:[3] 1966, The View from the Sixties: Memories of a Spent Life by George Oppenheimer, Quote Page 97, Published by David McKay Company, New York. (Verified on paper)

I can attest to the spuriousness of “It rolls off my back like a duck,” since I coined it. One day three or four of his employees, including myself, were lunching at the studio commissary. Word had gone round that Goldwyn was becoming increasingly sensitive about his reputation as a Mr. Malaprop. At the same time he had, of late, been particularly truculent and we had all suffered. So we decided that each of us would dream up a Goldwynism, attribute it to him, and the first one to appear in print would win a pot into which we put ten dollars apiece. I collected with the duck’s back.

END_OF_DOCUMENT_TOKEN_TO_BE_REPLACED

Dear Quote Investigator: A piquant slogan has been used by pacifists and peace activists for decades. Here are two variants:

The first saying is often attributed to the philosopher and social thinker Bertrand Russell, but I have never seen a precise reference to support this connection. Would you please examine this expression?

Quote Investigator: QI has found no substantive evidence that Bertrand Russell wrote or spoke this adage.

The earliest citation located by QI appeared without attribution in “The Saskatoon Star-Phoenix” of Saskatchewan, Canada in August 1931 within an article containing miscellaneous expressions under the title “The Daily Starbeams”. Emphasis added to excepts by QI:[1] 1931 August 22, The Saskatoon Star-Phoenix, The Daily Starbeams, Quote Page 11, Column 3, Saskatoon, Saskatchewan, Canada. (Newspapers_com)

“War does not determine who is right.” It only determines who is left.