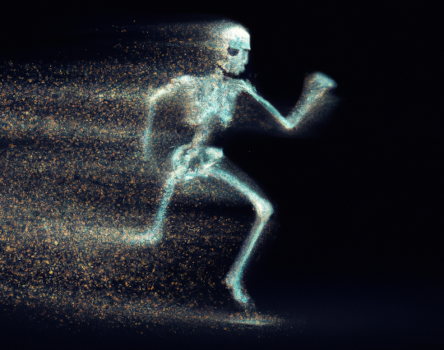 Question for Quote Investigator: Halloween is approaching, and the following quasi-philosophical saying fits the holiday theme:

You’re a ghost driving a meat-coated skeleton made from stardust; what do you have to be scared of?

Reply from Quote Investigator: The chemical elements of life such as carbon, magnesium, and calcium were originally created in the extremely hot and dense cores of stars and subsequently dispersed via stellar explosions. Thus, human bodies are made of stardust.

We’re All Made of Dust—
But It’s Star Dust!

A Quote Investigator article about the saying “We are made of star-stuff” is available here.

In 1949 philosopher Gilbert Ryle employed the phrase “the Ghost in the Machine” while criticizing mind/body dualism. The quotation under examination implicitly references this notion of ghost.[2] 1963 (1949 Copyright), The Concept of Mind by Gilbert Ryle, Chapter 1: Descartes’ Myth, Quote Page 15 and 16, Hutchinson, London. (Verified with scans)

QI hypothesizes that the quotation evolved from a collection of antecedents circulating on social media. Here is a sampling of precursor phrases with dates from twitter:

The earliest full match given above was tweeted by @rat_sandwich on January 31, 2013 at 4:58 AM EDT. QI tentatively credits @rat_sandwich with the full saying although future researchers may discover superior citations.

Additional details for these citations are given below.