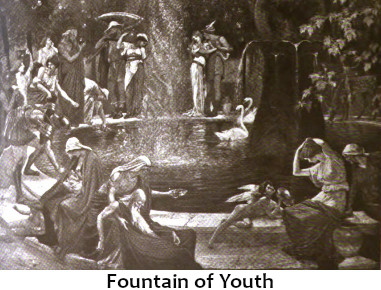 Dear Quote Investigator: According to a popular essay about youth the primary cause of aging is the desertion of one’s ideals. Also, years may wrinkle the skin, but losing enthusiasm wrinkles the soul. This essay has been attributed to U.S. General Douglas MacArthur and others. Would you please explore this topic?

Youth is not a time of life; it is a state of mind. It is not a matter of ripe cheeks, red lips, and supple knees; it is a tempter of the will, a quality of the imagination, a vigor of the emotions. It is the freshness of the deep springs of life.

Youth means a temperamental predominance of courage over timidity, of the appetite for adventure over the love of ease. This often exists in a man of fifty more than in a boy of twenty.

Nobody grows old by merely living a number of years. People grow old only by deserting their ideals.

Years wrinkle the skin; but to give up enthusiasm wrinkles the soul.

END_OF_DOCUMENT_TOKEN_TO_BE_REPLACED

Dear Quote Investigator: In self-help books I have repeatedly seen a two-by-two matrix used to evaluate individuals. The four elements in the matrix were labeled: Brilliant & Lazy, Brilliant & Energetic, Dumb & Lazy, and Dumb & Energetic. Curiously, the brilliant and lazy were extolled above all others.

This four-class categorization has been ascribed to several German generals, e.g., Helmuth von Moltke, Erich von Manstein, Carl von Clausewitz, and Kurt von Hammerstein-Equord. Would you please explore the origins of this matrix?

General Freiherr von Hammerstein-Equord, the present chief of the German Army, has a method of selecting officers which strikes us as being highly original and peculiarly un-­Prussian. According to Exchange, a Berlin newspaper has printed the following as his answer to a query as to how he judged his officers: “I divide my officers into four classes as follows: The clever, the industrious, the lazy, and the stupid. Each officer always possesses two of these qualities.

Those who are clever and industrious I appoint to the General Staff. Use can under certain circumstances be made of those who are stupid and lazy. The man who is clever and lazy qualifies for the highest leadership posts. He has the requisite nerves and the mental clarity for difficult decisions. But whoever is stupid and industrious must be got rid of, for he is too dangerous.”