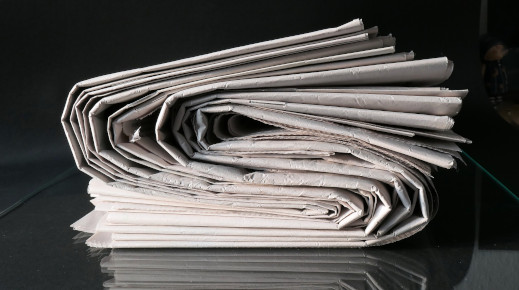 Dear Quote Investigator: Journalism is a difficult profession. Major stories are often complex and ill-defined. Witnesses and experts may be self-interested and unreliable. The following motto for reporters highlights the need to double-check every bit of information:

If your mother tells you she loves you, check it out.

Both Edward H. Eulenberg and Arnold A. Dornfeld have received credit for this expression. They were demanding veteran editors at the City News Bureau of Chicago. Would you please explore the provenance of this adage?

Quote Investigator: The earliest match located by QI appeared in the “Chicago Tribune” of Illinois on March 30, 1970. The article stated that Arnold A. Dornfeld who was night editor of the City News Bureau of Chicago was retiring the next day. Boldface added to excerpts by QI: 1

After 44 years with City News, Dornfeld has boiled down his advice on journalism to a single sentence: “Chum, if your mother says she loves you, check on it.” That advice, which Dornfeld admits he borrowed from another newsman, has been an icy baptism into reporting for many of the “City Press kids.”

Thus, Dornfeld popularized the saying, but he disclaimed authorship. Dornfeld wrote a 1983 book titled “Behind the Front Page” in which he attributed the saying to colleague Edward H. Eulenberg.

Interestingly, Eulenberg’s 1988 obituary gave him credit for a harsher expression of the same type: “If your mother tells you she loves you, kick her smartly in the shins and make her prove it”. QI conjectures that this statement was toned down to yield the motto mentioned by Dornfeld. Previous researchers introduced this conjecture. Detailed citations are given further below.