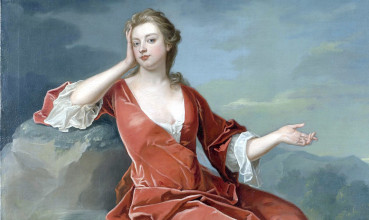 END_OF_DOCUMENT_TOKEN_TO_BE_REPLACED

Dear Quote Investigator: For centuries moral philosophers have propounded a conventional viewpoint about the rewards and punishments delivered by a deity. Here is an example from the “Summa Theologica” by Saint Thomas Aquinas who lived during the 13th century:[1]1917, The “Summa Theologica” of Saint Thomas Aquinas, Third Part, Translated by Fathers of the English Dominican Province, Fourth Number (QQ LXXXIV-Suppl. XXXIII), Chapter XIV: Of the … Continue reading

For as punishment is to the evil act, so is reward to a good act. Now no evil deed is unpunished, by God the just judge. Therefore no good deed is unrewarded, and so every good deed merits some good.

These words are often attributed to playwright and diplomat Clare Boothe Luce and to the famous wit Oscar Wilde. Would you please explore the provenance of this saying?

Quote Investigator: Clare Boothe Luce did receive credit for the saying by 1949, but the attribution was weak because the phrase had been circulating for multiple years before that date. Also, the saying was implausibly assigned in 1972 to Oscar Wilde who had died in 1900. Details are given further below.

Courtier Walter Map wrote “De Nugis Curialium” (“Courtiers’ Trifles”) in the 12th century. The Medieval Latin text was translated into English and published by an Oxford University scholar in 1923. Map described the actions of Eudo who was a rapacious adherent of an inverted morality. Emphasis added to excerpts by QI:[2]1983, De Nugis Curialium: Courtiers’ Trifles, Author: Walter Map, Edited and Translated by M. R. James, Revised by C. N. L. Brooke and R. A. B. Mynors, Section: Distinctio iv: The Fourth … Continue reading

He put the worst of men to command the bad, he gave additional authority and power to those who were wickedest in their attacks on the innocent, and promoted over all others those to whom pity was unknown. He spared none of his band who inclined to spare any, left no good deed unpunished, no bad one unrewarded; and when he could find no rival and no rebel on earth, like Capaneus, he challenged opposition from heaven. He spoiled churchyards, violated churches, and desisted not either for fear of the living or respect for the dead…

The passage above contained a match for the saying under examination, but it was not really in proverbial form. It was a remark about one person or about a class of wicked people instead of a general adage.

In August 1927 the prominent author Marie Belloc Lowndes published a short story in “The Windsor Magazine” titled “A Breaker of Hearts” which included an interesting precursor statement. Lowndes referred to “kindness” which is one type of “good deed”:[3] 1927 August, The Windsor Magazine, A Breaker of Hearts by Mrs. Belloc Lowndes, Start Page 297, Quote Page 308 and 309, Ward, Lock & Company, London. (Verified with scans at archive.org)

“Are you doing a wise thing, Laura? It’s dangerous work, you know, bringing about a marriage between middle-aged people. The couple don’t always thank you afterwards.”

“Kindness,” said the Duchess thoughtfully, “often brings its own punishment. But I don’t think it will in this case!”