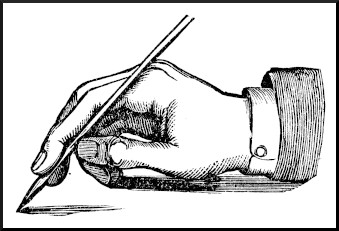 Ireland’s success during preliminary interviews led to a meeting with Pulitzer himself during which they discussed journalism. Pulitzer contrasted the audiences of “The Times” of London and “The New York World”. Boldface added to excepts by QI:[1] 1914, Joseph Pulitzer: Reminiscences of a Secretary by Alleyne Ireland, Chapter 2: Meeting Joseph Pulitzer, Quote Page 68 and 69, Mitchell Kennerly, New York. (Google Books Full View) link

END_OF_DOCUMENT_TOKEN_TO_BE_REPLACED

Dear Quote Investigator: Would you please explore one of the most famous maxims in the news business? Legend states that a neophyte reporter asked a sage editor to define “news”, and he received this reply:

When a dog bites a man that is not news, but when a man bites a dog that is news.

This saying has been credited to several newspaper people including: John B. Bogart, Amos Cummings, and Charles A. Dana who all worked at the New York Sun. The British press baron Alfred Harmsworth who became Lord Northcliffe has also been named as the originator.

Then he would open up, put them at their ease, discourse interestingly about the traditions of the office, and fascinate them, as he could anyone, man or woman, who came in his way.

“No wonder Senators at the Fifth Avenue Hotel like to have Mr. Woods come up and slap them on the back!” “No wonder he can make anybody talk about everything,” thought the new reporters, while the old one went on in his rapid style, “You’ll soon assimilate the idea. Now, for instance, ‘A dog bites a man’—that’s a story; ‘A man bites a dog’—that’s a good story,” etc., until in a lull there came the question—inevitable from very recent graduates:

“What college are you from Mr. Woods?”
Billy always felt better when this was over.

The author Jesse Lynch Williams went on to win a Pulitzer Prize for drama. QI speculates that Williams was trying to achieve verisimilitude in his novel by relaying an anonymous witty remark he had heard from within the newspaper business.

By August 1902 a version of the adage was being credited to the prominent newspaper editor Charles Anderson Dana. Here is a short item from a paper in Omaha, Nebraska that reprinted information from a paper in Buffalo, New York:[2] 1902 August 3, Omaha Daily Bee, Personal and General, (Paragraph size news item), Quote Page 14, Column 5, Omaha, Nebraska. (Chronicling America)

The Buffalo Commercial relates that Richard Harding Davis once asked Charles A. Dana: “What constitutes news?” “If you should see a dog biting a man,” replied Dana, “don’t write it up. But if you should see a man biting a dog, spare not money, men nor telegraph tolls to get the details to the Sun office.”