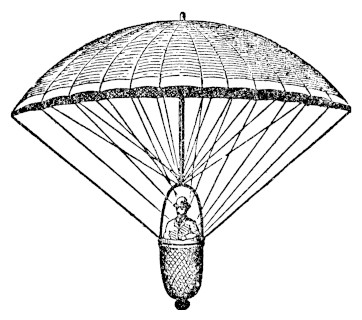 Dear Quote Investigator: An entertaining quip contrasts the attitudes of the dreamer and the worrier:

This saying has been attributed to Irish playwright George Bernard Shaw and English author Gladys Bronwyn Stern. Would you please explore this topic?

Quote Investigator: The earliest match known to QI appeared in a short piece published in the May 1939 issue of “The Rotarian” credited to W. H. H. MacKellar of Peekskill, New York who was described as an Honorary Rotarian. Rotary International is a voluntary nonprofit service organization.

Optimism laid down the railroad, but pessimism made it practicable with the air brake and the block-signal system. Optimism designed a ship to sail daringly into the skies—and fall perhaps at times. So pessimism designed the parachute.

Currently, MacKellar is the leading candidate for originator of this notion although his expression was somewhat wordy. The first attributions to other people only occurred many years afterwards.