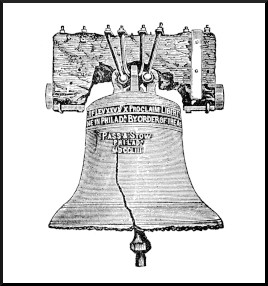 Dear Quote Investigator: I once heard an intriguing remark about action and autonomy. It was roughly the following:

May freedom be seen, not as the right to do as we please, but as the opportunity to do what is right.

These words were attributed to a U.S. religious figure, but I do not recall the details. Would you please help me to find the correct statement and ascription?

Quote Investigator: QI believes that this comment can be traced back to remarks made during 1947 by Reverend Peter Marshall who was the Chaplain of the U.S. Senate. He clearly believed that this theme was vital, and he returned to it at least three times. The first statement was spoken during a prayer delivered on March 19, 1947. Marshall employed the keyword “liberty” in the following passage. Boldface added to excerpts by QI:[1]1949, Prayers Offered by the Chaplain, the Rev. Peter Marshall, D.D.: At the Opening of the Daily Sessions of the Senate of the United States During the Eightieth and Eighty-first Congress 1947-1949, … Continue reading

Liberty is too precious a thing to be buried in books. It cost too much to be hoarded. Make us to see that our liberty is not the right to do as we please, but the opportunity to please to do what is right.

Marshall voiced the second statement during a prayer on April 25, 1947. He used the keyword “freedom” instead of “liberty”:[2]1949, Prayers Offered by the Chaplain, the Rev. Peter Marshall, D.D.: At the Opening of the Daily Sessions of the Senate of the United States During the Eightieth and Eighty-first Congress 1947-1949, … Continue reading

Teach us what freedom is. May we all learn the lesson that it is not the right to do as we please, but the opportunity to please to do what is right.

Marshall delivered the third statement during a prayer on July 3, 1947. He again used the keyword “freedom”:[3]1949, Prayers Offered by the Chaplain, the Rev. Peter Marshall, D.D.: At the Opening of the Daily Sessions of the Senate of the United States During the Eightieth and Eighty-first Congress 1947-1949, … Continue reading

May they remember how bitterly our freedom was won, the down payment that was made for it, the installments that have been made since this Republic was born, and the price that must yet be paid for our liberty.

May freedom be seen, not as the right to do as we please, but as the opportunity to please to do what is right.

END_OF_DOCUMENT_TOKEN_TO_BE_REPLACED

Dear Quote Investigator: Would you please explore the provenance of the following inspirational quotation?

A different world cannot be built by indifferent people.

These words are often attributed to someone named Peter Marshall, but I have seen other individuals credited.

GI Philosophy. A different world can never be built with indifferent people.

GI was a nickname for soldiers in the U.S. Army. No specific name was given for the originator of the adage.

The expression has been connected to Peter Marshall because he held the prominent position of Chaplain of the U.S. Senate, and he popularized the maxim by including it in two prayers in 1947 and 1948. Detailed citations are given further below.

END_OF_DOCUMENT_TOKEN_TO_BE_REPLACED

Dear Quote Investigator: There is a popular exhortative statement that employs the contrasting words “stand” and “fall”. Here are three versions:

This adage is attributed to Alexander Hamilton, Peter Marshall, and others. Could you explore this topic?

Quote Investigator: An interesting precursor for the saying appeared in a Methodist church announcement in an Iowa newspaper from 1926. The word order and meaning were distinct, but the keywords were the same. In 1927 the same precursor was printed as a “Sermonogram” in an Ohio newspaper:[1] 1926 May 27, State Center Enterprise, Church Announcements: Methodist Mention, Quote Page 1, Column 4, State Center, Iowa. (NewspaperArchive)[2] 1927 July 29, Athens Messenger, Sermonograms, Quote Page 8, Column 7, Athens, Ohio. (NewspaperArchive)

It is easier to fall for anything than to stand for something.

Thanks to Andrew Steinberg for locating and sharing these nascent citations.

The important reference work “The Dictionary of Modern Proverbs” from Yale University Press has an entry for this adage and points to the same journal and year for its earliest citation.[4]2012, The Dictionary of Modern Proverbs, Compiled by Charles Clay Doyle, Wolfgang Mieder, and Fred R. Shapiro Quote Page 239, Yale University Press, New Haven. (Note that the first citation lists the … Continue reading

Although the saying was employed by Gordon A. Eadie it is not clear whether he crafted it. A few months later the adage was spoken by the popular film actress Irene Dunne during a radio broadcast as indicated below. QI believes that it is reasonable to categorize this expression as an anonymous modern proverb.

The common attribution to the eighteenth-century statesman Alexander Hamilton was probably based on a mistaken understanding of a relatively modern citation. A different man named Alex Hamilton who was a British broadcaster used the saying in 1978. Details are given further below.