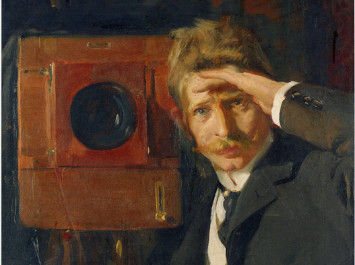 Dear Quote Investigator: A photograph presents a direct representation of a person, object, or landscape. It seems to provide a perfect unmediated description. Yet, photographs can be cryptic, confusing, or misleading. The photographer is typically a purposeful intermediary.

Garry Winogrand who became famous for his street photography made a pertinent observation. Here are three versions:

Would you please help me to find the correct phrasing together with a precise citation?

Quote Investigator: An exhibition of Garry Winogrand’s photographs was held from March 15, 1976 to April 2, 1976 at the Grossmont College Gallery in El Cajon, California. The accompanying catalog included an artist statement from Winogrand titled “Understanding Still Photographs”. He began with a quotation and a motto. Boldface added to excerpts by QI: 1

“The fact is the sweetest dream that labor knows.” Robert Frost

There is nothing as mysterious as a fact clearly described.

Winogrand’s short essay included the following statement about the unreality of photographs:

A still photograph is the illusion of a literal description of how a camera saw a piece of time and space.