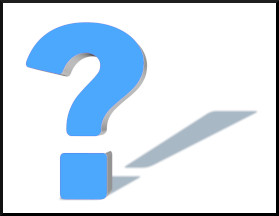 This statement has been translated into English in several different ways during the ensuing decades. Here is a rendering by Thomas Common which appeared in an 1896 edition of Nietzsche’s work:[2]1896, The Case of Wagner: Nietzsche Contra Wagner, The Twilight of the Idols, The Antichrist by Friedrich Nietzsche, Translated by Thomas Common, Section: The Twilight of the Idols, Chapter: … Continue reading

END_OF_DOCUMENT_TOKEN_TO_BE_REPLACED

Dear Quote Investigator: It is possible to control ones reactions and feelings even when one is faced with frightening hardships. The psychiatrist Viktor E. Frankl has been credited with the following:

Between stimulus and response there is space.
In that space is our power to choose our response.
In our response lies our growth and our freedom.

I doubt this ascription because no one provides a proper citation. What do you think?

Quote Investigator: Researchers have been unable to find this passage in the works of Viktor E. Frankl.

Instead, the words were popularized by the influential motivational author Stephen R. Covey; however, he disclaimed authorship. Covey stated that he read the passage in a book while he was on sabbatical in Hawaii, but he was unable to recall the name of the book or the author. Also, the precise phrasing employed by Covey varied over time. He may have been reading an article by the influential psychologist Rollo May. Details for this hypothesis are given further below.

Personality has three main parts: (1) the receiving portion (receptors) that looks out on stimuli (attention and appreciation are its great functions); (2) a responding side (effectors) that looks toward behavior or response; and (3) that which lies between stimulus and response whose function is to correlate and adjust behavior to stimulus. This third region is where our real personal values lie. This is where we grow most.

QI believes that the top candidate for Covey’s reading material was an article within a 1963 collection called “Behavioral Science and Guidance: Proposals and Perspectives”. The article titled “Freedom and Responsibility Re-Examined” was authored by the psychologist Rollo May. The following passage discussed “freedom” and a “pause”. Emphasis added to excerpts by QI:[2]1963, Behavioral Science and Guidance: Proposals and Perspectives edited by Esther Lloyd-Jones and Esther M. Westervelt, Article: Freedom and Responsibility Re-Examined by Rollo May, Start Page 95, … Continue reading

Freedom is thus not the opposite to determinism. Freedom is the individual’s capacity to know that he is the determined one, to pause between stimulus and response and thus to throw his weight, however slight it may be, on the side of one particular response among several possible ones.

The words above differed from Covey’s, but an inexact recollection may have led Covey to paraphrase May’s notion.