Dear Quote Investigator: Richard Wagner was a prominent German composer who created the landmark four-opera cycle Der Ring des Nibelungen (The Ring of the Nibelung). A comically incongruous remark about his efforts has been attributed to two famous American humorists Mark Twain and Bill Nye:

Wagner’s music is better than it sounds.

Do you know who crafted this jibe?

Quote Investigator: The earliest partial match known to QI appeared in August 1887. Several newspapers such as “The Wichita Daily Beacon”[1]1887 August 4, The Wichita Daily Beacon, His Information Bureau: Bill Nye Takes a Man into His Confidence and Educates Him (From the New York World), Quote Page 2, Column 2, Wichita, Kansas. … Continue reading of Wichita, Kansas and “The Jackson Citizen Patriot”[2] 1887 August 11, The Jackson Citizen Patriot, Bill Nye’s Bureau: He Takes a Stranger in and Educates Him, Quote Page 2, Column 3, Jackson, Michigan. (GenealogyBank) of Jackson, Michigan printed a column called “Bill Nye’s Information Bureau”. The Wichita paper acknowledged “The New York World” as the initial source. The column began with a letter from “Truth Seeker” who posed several questions for Nye including the following:

What is the peculiarity of classical music, and how can one distinguish it?

Nye responded with a version of the quip that targeted a class of music instead of an individual composer. Emphasis added to excerpts by QI:

The peculiar characteristic of classical music is that it is really so much better than it sounds.

Says a Philadelphia newspaper: “Bill Nye on his recent visit to this city to lecture called upon a well-known music lover, and while there was asked to write in an autograph album. He did so, and among other things wrote the following: ‘Wagner’s music, I have been informed, is really much better than it sounds.'”

I do not know the first principles of music and I should say that there are no standards of music, none at all, except for those people who have climbed through years of exertion until they stand upon the cold Alpine heights, where the air is so rarefied that they can detect a false note, and they lose much by that. I do not detect the false note, and it took me some time to get myself educated up to the point where I could enjoy Wagner. I am satisfied if I get it in the proper doses but I do feel about it a good deal as Bill Nye said. He said he had heard that Wagner’s music was better than it sounds.

Joseph H. Choate tells of a conversation he once had with the late “Bill” Nye, in reference to a concert the humorist had attended during his first visit to London. “I had asked Mr. Nye,” said Mr. Choate, “what was his opinion of Wagner’s music.” With the most serious expression in the world, Nye replied:

“I must confess that his music is beyond my comprehension; but I always feel sure, when I hear it, that it is really much better than it sounds.”

The notion that a picture can be better or worse than it looks does seem absurd when one stops to think about it. It is not original with me; the late Bill Nye once set the country smiling by solemnly explaining that he had been told that Wagner’s music was better than it sounded. 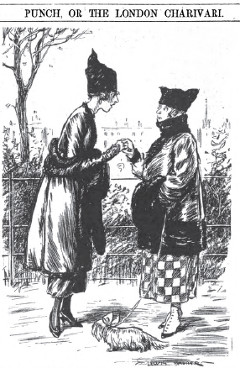 “CAN YOU PLAY BRIDGE TO-NIGHT?”
“SORRY, GOING TO HEAR SOME WAGNER.”
“WHAT!—DO YOU LIKE THE STUFF?”
“FRANKLY, NO; BUT I’VE HEARD ON THE BEST AUTHORITY THAT HIS MUSIC’S VERY MUCH BETTER THAN IT SOUNDS.”

The late Bill Nye once said, “I have been told that Wagner’s music is better than it sounds.” That felicitous description of a something which so many people have tried to describe, and couldn’t, does seem to fit the general’s manner of speech exactly. His talk is much better than it is.

In conclusion, Bill Nye (Edgar Wilson Nye) should be credited with the closely related quips about classical music and Wagner’s music. Mark Twain helped to popularize the Wagner remark, but he credited Nye.

(Great thanks to Fred R. Shapiro whose inquiry led QI to formulate this question and perform this exploration. Shapiro knew that Twain had credited Nye. Thanks to Ralph Keyes whose research recorded in “The Quote Verifier” identified important citations. Also, thanks to Barry Popik whose work identified key citations. In addition, thanks to Nigel Rees who mentioned the valuable “Punch” magazine citation in “Cassell’s Humorous Quotations”.)