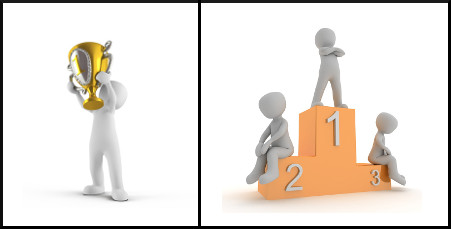 Quote Investigator: The earliest strong match known to QI appeared in “The Birmingham News” of Alabama on November 9, 1948. The newspaper reported on a speech delivered by football coach Henry ‘Red’ Sanders of Vanderbilt University in Nashville, Tennessee. Sanders spoke to a group of football enthusiasts called the Quarterback Club who had convened for a luncheon at The Tutwiler Hotel in Birmingham. Boldface added to excerpts by QI:[1]1948 November 9, The Birmingham News, Sanders Gives Prescription For His Grid Success—Material by Jerry Bryan (Assistant Sports Editor of The Birmingham News), Quote Page 22, Column 5, Birmingham, … Continue reading

Sanders wryly told the QBs that coaching today is a day to day proposition and there is no place in football for losing. “I think with the fans winning isn’t everything,” he said. “It’s the only thing.”

Thus, this first instance was a comical barb aimed at zealous fans combined with a commentary on the precarious nature of coaching. Sanders was not presenting a philosophy of life.

There is evidence that Vince Lombardi and other coaches employed this saying in subsequent years, but based on current evidence Red Sanders crafted this expression.

Thanks to researcher Barry Popik who located the above citation and shared it with QI.

Traditionally, many educators and athletics supervisors have de-emphasized the importance of winning and pointed to the greater significance of solid effort and sportsmanship. For example, a speech published in “The Educational Times” in 1898 contained this sentence[2]1898 April 1, The Educational Times and Journal of the College of Preceptors, Volume 51, (Address by the Chair Rev. the Hon. Canon Lyttelton), Start Page 168, Quote Page 170, Column 1, Francis … Continue reading

It is, I believe, customary to say that, when young people win prizes, they ought to be warned that prize-winning is not everything in this world.

Of course, it’s a fine thing for us to have the champions of the world on our team and to see them win great events and break athletic records, but for my part I am inclined to give just as much credit to those who go and do their best and don’t win.
Winning isn’t everything.

The above citation was included in the important reference “The Dictionary of Modern Proverbs” from Yale University Press within the entry for: Winning isn’t everything.[4] 2012, The Dictionary of Modern Proverbs, Compiled by Charles Clay Doyle, Wolfgang Mieder, and Fred R. Shapiro, Quote Page 277, Yale University Press, New Haven. (Verified on paper) The saying under examination subverts this adage.

In the financial domain a similar moralistic proverb exists, and the following short comical item from “The Pittsburgh Press”[5] 1919 February 26, The Pittsburgh Press, Everything with Him, (Filler item), Quote Page 26, Column 6, Pittsburgh, Pennsylvania. (Newspapers_com) and “Judge” in 1919 tweaks the statement:[6] 1919 April 12, Judge: The Happy Medium, A Digest of the World’s Humor: Money, Quote Page 64, Published Weekly by Leslie-Judge Company, New York. (HathiTrust) list

“Money isn’t everything.”
“Maybe not, but right now it’s the only thing I can think of that I really need.”

Of course money isn’t everything; but it’s the only thing that strikes 12 when you are in a jam.

An educator’s 1937 essay cautioned colleagues about the unintended lessons taught by school activities. The notion that “winning is the only thing” was viewed critically:[8]1937 November, The Clearing House: A Journal for Modern Junior and Senior High Schools, Volume 12, Number 3, Extracurricular Activities and the Curriculum by Edgar G. Johnston, Start Page 144, Quote … Continue reading

We need to recognize that the values from any school situation are not automatic but merely potential. A pupil may learn responsibility and cooperation from his experience on a student council. On the other hand, he may be learning simply how to do a clever bit of political log-rolling. The boy on the football team may be acquiring ideals of good sportsmanship, fair play, and self-reliance, and the ability to work with others. He may be learning simply that winning is the only thing that counts and that athletics are the most important thing in school.

In November 1948 Sanders employed the expression during a speech delivered in Birmingham, Alabama as mentioned at the beginning of this article:[9]1948 November 9, The Birmingham News, Sanders Gives Prescription For His Grid Success—Material by Jerry Bryan (Assistant Sports Editor of The Birmingham News), Quote Page 22, Column 5, Birmingham, … Continue reading

Sanders wryly told the QBs that coaching today is a day to day proposition and there is no place in football for losing. “I think with the fans winning isn’t everything,” he said. “It’s the only thing.”

From Fred Russell’s column in the Nashville Banner: “Gov. Gordon Browning of Tennessee was talking about a banquet at which he sat between Coach Henry Franka of Tulane and Red Sanders, then of Vanderbilt and now of UCLA. Franka remarked to Sanders, ‘Winning isn’t everything is it, Red?’ And Sanders replied, ‘No, it isn’t everything. It’s just the ONLY thing.’”

In October 1950 the “Los Angeles Times” printed a remark from Sanders. The context revealed that the adage was not spoken with grimness; instead, it was delivered lightheartedly:[12] 1950 October 18, Los Angeles Times, Indians Far from Bashful at Chow by Art Rosenbaum, Quote Page C3, Column 1 and 2, Los Angeles, California. (ProQuest)

Here’s one on Red Sanders, as told by himself this summer at Cal Poly (San Luis Obispo) physical education workshop. Speaking about football victories, Sanders told his group: “Men, I’ll be honest. Winning isn’t everything. (Long pause.) Men, it’s the only thing!” (Laughter.)

In this respect we’re reminded of the sage remarks of UCLA’s Red Sanders He says winning isn’t the only thing—that it is everything.

Joe Kuharich, the coach who succeeded Curly Lambeau, put the crowd of 400 in his hands when he said: “In pro football I’ve learned that winning isn’t everything—it’s the only thing.”

Of course, money isn’t everything. It’s the only thing; at Las Vegas, at least.

Jim Tatum, the North Carolina football coach who drew criticism last winter by declaring that “winning isn’t the most important thing, it’s everything,” explained the viewpoint to some alumni in Atlanta the other day.

Armstrong did not mention his football coach, Murray Warmath. But he did quip: “Our coaches said that winning was not the only thing—it’s just everything.”

“Winning isn’t everything,” Lombardi will tell you, “but wanting to win is! That’s what I’m interested in. Soon as I lose I will probably be the first one they ride out of town. Those Green Bay fans are really something. Can you imagine?

He was just as concerned with conditioning minds as with bodies. “We were being brainwashed.” remembers Jerry Kramer, a 255-pound offensive guard. Lombardi shattered defeatism by preaching “Spartanism” and “total dedication.” He harped on the word WINNING (“It’s a habit, you know”). “Winning isn’t everything.” he liked to say, “it’s the only thing.”

In conclusion, QI ascribes this saying to Henry ‘Red’ Sanders. Several other coaches used the adage after it was circulating. QI suspects that Vince Lombardi did employ the saying, but later he switched to a less acerbic statement.

Image Notes: Figure holding a trophy and three figures on elevated platforms from 3dman_eu at Pixabay.

(Great thanks to Mitch Perkal whose inquiry led QI to formulate this question and perform this exploration. Many thanks to researcher Barry Popik who located the crucial 1948 citation and the February 10, 1950 citation. Also, much thanks to previous researchers: Ralph Keyes, Fred R. Shapiro, Charles Clay Doyle, and Nigel Rees.)