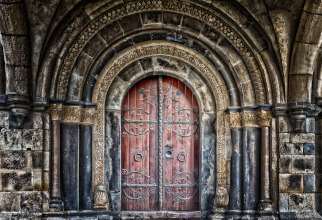 Dear Quote investigator: The prominent memoirist and poet Maya Angelou overcame great obstacles in her life, and she encouraged others to maintain a positive energetic perspective. She has been credited with this saying:

Don’t bring negative to my door.

Quote investigator: In 1999 “Maya Angelou: The Poetry of Living” edited by Margaret Courtney-Clarke appeared. The book included laudatory testimony about Angelou from dozens of people. The singer and a civil rights activist Odetta Holmes stated the following. Emphasis added to excerpts by QI: 1

We have been brought up to think negatively. Our parents only told us when things went wrong. But Maya always says, “Don’t bring the negative to my door.” She projects attention to the positive and helps us know what to work toward. She reminds us to look for the beauty in things.
— ODETTA

The statement ascribed to Angelou employed the phrase “the negative” instead of “negative”. The accuracy of Odetta’s report depends on her memory and veracity. Interestingly, she may have heard the saying directly from Angelou.

Another participant in the book credited Angelou with a comparable viewpoint and remark: 2

Maya invariably brings up the positive side in all negative situations. Never dwell on the negative, ever, is her message. “Get up, go on, move on, go for it, work at it!”
— VELMA GIBSON WATTS

The saying continued to circulate in 2009 when a version without the word “the” appeared in a tweet: 3

The version with the word “the” also continued to circulate. Here is an example tweet from 2012; no attribution was given: 4

dont bring the negative to my door!!

In conclusion, there is substantive evidence that Maya Angelou employed this saying based on the testimony of Odetta Holmes which appeared in 1999. At that time Angelou was still alive; she died in 2014.

Image Notes: Picture of an elaborate doorway from Tama66 at Pixabay.

(Great thanks to Andrew Old and Casper Hulshof whose inquiries led QI to formulate this question and perform this exploration.)