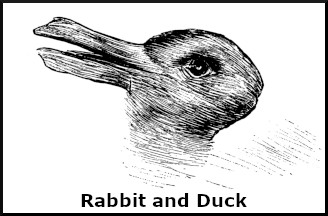 Dear Quote Investigator: The commonly accepted answers to questions are sometimes flawed. Deeper and more truthful discoveries are concealed by shallow and misleading explanations. A germane assertion about the objective of art has been attributed to the prominent author and social critic James Baldwin:

The purpose of art is to lay bare the questions that have been occluded by the answers.

Often the word “hidden” appears in the statement instead of “occluded”. I have been unable to find a solid citation for either statement. Would you please help?

Society must accept some things as real; but he must always know that the visible reality hides a deeper one, and that all our action and all our achievement rests on things unseen. A society must assume that it is stable, but the artist must know, and he must let us know, that there is nothing stable under heaven. One cannot possibly build a school, teach a child, or drive a car without taking some things for granted. The artist cannot and must not take anything for granted, but must drive to the heart of every answer and expose the question the answer hides.

QI conjectures that the statement under analysis evolved from the final sentence highlighted above. It is possible that Baldwin penned more than one version of this thought, but QI has not yet discovered a closer match to the target statement.

In 1964 the “Saturday Review” reprinted Baldwin’s essay placing his words in front of an additional audience.[2]1964 February 8, Saturday Review, The Creative Dilemma by James Baldwin, (“The war of an artist with his society is a lover’s war”), Start Page 14, Quote Page 17 and 58, Saturday … Continue reading

“The artist,” he added, “cannot and must not take anything for granted, but must drive to the heart of every answer and expose the question the answer hides.”

The purpose of art is to lay bare the questions which have been hidden by the answers. James Baldwin

QI hypothesizes that the words above originated as a paraphrase of the 1962 quotation. The statement was then mistakenly elevated to the status of a quotation. Yet, it is also conceivable that Baldwin employed the version above in some location which has not yet been identified.

In 1996 “The Honolulu Advertiser” of Hawaii reported that Jeff Baysa acted as guest curator for an exhibition of contemporary figurative paintings called “Naked Truths”. Baysa wrote a piece for the catalog that referred to Baldwin:[5]1996 March 17, The Honolulu Advertiser, The naked self: body, sex, relationships, community by Joan Rose (Advertiser Art Critic), (Review of art show titled “Naked Truths” at University … Continue reading

Baysa’s essay concludes: “James Baldwin stated that the purpose of art is to lay bare the questions that have been hidden by the answers. Each viewer addresses the works differently, with an amalgam of context and encoded attitudes.

In 1998 “The Washington Post” reported on an art installation, and included a remark by the artist:[6] 1998 January 9, The Washington Post, Section: On Exhibit, Some Who Can Do As Well as Teach by Hank Burchard, Quote Page 55, Column 4, Washington, D.C. (ProQuest)

Edgar H. Sorrells-Adewale (b. 1936), who also teaches at Howard, speaks chaotically but compellingly of the inhuman condition of much of modern life in his installation “Haiku for Esu” (1997). He quotes James Baldwin’s pronunciamento that “The purpose of art is to lay bare the hidden questions, which have been hidden by the answers.” The centerpiece of the installation is a computer keyboard, which is plugged in but not really connected, just like real life.

This last element may be crucial, for it suggests one important purpose for engaging in the creation and consumption of both art and arts-based research. This purpose is perhaps best expressed in the writer James Baldwin’s (1962) definition of art. Good art, he says, is capable of “lay[ing] bare questions that have been hidden by the answers” (p. 16).

QI does not know the source of the quotation immediately above. The accompanying bibliographic note pointed to the 1962 work “The Creative Process” by Baldwin, but the quoted phrase differed from the statement in the 1962 essay given at the beginning of this article. Perhaps Baldwin published two different versions of the essay in 1962, but QI has not yet found evidence to support this possibility.

“The purpose of art is to lay bare the questions which have been hidden by the answers.”
James Baldwin (1924-1987)

In 2015 philosopher Alva Noë at the University of California, Berkeley published “Strange Tools: Art and Human Nature”. He included an instance using the word “occluded”, but he also employed the locution “attributed to” to signal uncertainty regarding provenance:[9] 2015, Strange Tools: Art and Human Nature by Alva Noë, (Epigraph for Part II), Quote Page 91, Hill and Wang, A Division of Farrar, Straus and Giroux, New York. (Google Books Preview)

The purpose of art is to lay bare the questions that have been occluded by the answers.
—attributed to James Baldwin

In conclusion, James Baldwin should receive credit for the words he wrote in his 1962 essay. A reformulated version of one of Baldwin’s thoughts has been attributed to him. QI does not know who created this variant statement which began to circulate by 1991 or earlier. In addition, a second variant with the word “occluded” instead of “hidden” has entered circulation in modern times.

Image Notes: An ambiguous image depicting a duck or a rabbit from the October 23, 1892 issue of Fliegende Blätter. Image has been resized, cropped, and retouched.

(Great thanks to Matthew Buckingham of Columbia University whose inquiry led QI to formulate this question and perform this exploration.)