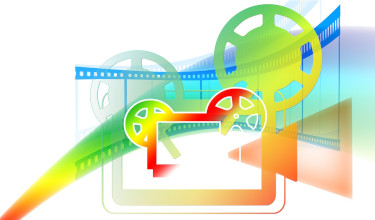 Dear Quote Investigator: Enthusiastic critics treat films as elevated objects of art, but the famous director Alfred Hitchcock once insightfully remarked on the pragmatic limitations placed on commercial movies by human biology. He stated that the proper length of a film was dependent on the endurance of the human bladder. Would you please help me to find a citation?

Quote Investigator: In 1963 “The Oregonian” of Portland, Oregon published comments made by Alfred Hitchcock during a phone interview. Emphasis added to excerpts by QI:[1] 1963 November 22, The Oregonian, Behind the Mike by Francis Murphy, Quote Page 7, Column 1, Portland, Oregon. (GenealogyBank)

Motion pictures are the only form of entertainment where the audience is forced to sit quietly for two or three hours without interruption, Hitchcock continued. In theatrical terms, television is superior in this regard to motion pictures. The hour-long show is broken into three acts because of the commercials.

“Wasn’t it George Bernard Shaw who tried that noble experiment in one of his early plays? He tried to discover how long the first act could run, based upon the endurance of the human bladder. I wish I could recall his conclusions.”

On this occasion Hitchcock spoke on the bladder theme, but he did not utter a synoptic remark that would fit into a book of quotations. QI is unsure whether Shaw actually wrote or spoke on this topic.

“If it’s a compelling story, you want to read it at one sitting. The novel can be put down and picked up again. The play is divided into three acts. But the movie should be quick, terse and all of a piece.

“I think it was Shaw who advised young playwrights to gear the length of each act to the endurance of the human bladder.”

You know, Bernard Shaw once tried to figure out how long an act of a play would be based on the endurance of the human bladder. And that is our fundamental problem when we devise a film. We do ask a person to sit there for two hours and therefore the shape and story-shape comes into it considerably because, as you get toward the end when they, your audience, might begin to be—shall we say—physically distracted, you must increase the interest on the screen to take their minds off this kind of thing.

The length of a film should be directly related to the endurance of the human bladder.
Alfred Hitchcock.

In conclusion, Alfred Hitchcock should be credited with the remarks he made in the interviews from 1963, 1964, and 1966 which are presented at the beginning of this article. Hitchcock referred to George Bernard Shaw, but he was not quoting Shaw. Currently, the 1979 quotation does not have substantive support. It looks like a simplified summary statement that someone assigned to Hitchcock.

Image Notes: Illustration of a film projector from geralt at Pixabay.