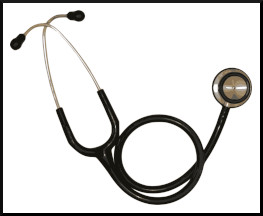 Quote Investigator: A precursor adage emphasizing the need to focus on the patient was circulating in 1846 when it appeared in “The Lancet” with an anonymous attribution. Emphasis added to excerpts by QI:[1] 1846 October 10, The Lancet, Medical Society of London, Monday, October 5th, Mr. Denby, President, Quote Page 407, Published at the Offices of the Lancet, London. (Google Books Full View) link

The next strong match appeared in the “Medical Sentinel” of Portland, Oregon in 1902 which printed the notes of an attendee to the local meeting of the Multnomah County Medical Society. Dr. Woods Hutchinson made the following comment:[4]1902 July, Medical Sentinel, Volume 10, Number 7, Notes from the Regular Meeting of the Multnomah County Medical Society on June 3, 1902, Notes taken by Secretary A. Tilzer M.D., Comment made by Dr. … Continue reading

Woods Hutchinson popularized the saying, but he disclaimed credit. The transcriber of the meeting made a spelling error. Hutchinson attributed the saying to “Moxon” (and not “Moxen”) when he published an article the following year. That name probably referred to the prominent pathologist Walter Moxon who worked at Guy’s Hospital in London and contributed many papers to scholarly medical journals. Moxon died in 1886, and QI has not yet found the statement in his writings.

In January 1903 Woods Hutchinson published a piece in “The Lancet” based on a presentation he made in 1902 to the Washington State Medical Society. Hutchinson employed a slightly different version of the saying while crediting Moxon. The phrase “kind of a disease” was changed to “sort of a disease”:[5]1903 January 31, The Lancet, The Meaning of Uric Acid and the Urates by Dr. Woods-Hutchinson (Professor of Comparative Pathology, University of Buffalo), A paper read before the Washington State … Continue reading

Nowhere is it more necessary to remember, as Roberts and Osler have with special emphasis reminded us, that, in the witty paradox of Moxon, “it is quite as important to know what kind of a patient the disease has got as to know what sort of a disease the patient has got.” Time and again have we found that the question of our ability to relieve our patients from the torture of their toxaemia has depended upon our ability to correct some vice of bodily habit. It may be in exercise, in bathing, in sleep, in mental stress, in hurry after meals, even in errors of refraction, that the crux of the lithaemic problem will be found to lie. Any agency that will improve the general nutrition and vigour and raise the resisting power of our patients may cure lithaemia.

The term “toxaemia” meant blood poisoning which usually was caused by bacterial toxins in the blood. Hutchinson mentioned Roberts and Osler, but he did not ascribe the adage to them. “Osler” was a reference to William Osler, one of the creators of Johns Hopkins School of Medicine. QI does not know the full name for “Roberts”.

In 1903 Osler penned an article in “Medical News” that included a passage thematically similar to the adage, but the phrasing was quite different. Osler emphasized the need to treat the patient and not just the disease:[6]1903 January 10, Medical News: A Weekly Journal of Medical Science, Volume 82, Number 2, Special Articles: On the Need of a Radical Reform in Our Methods of Teaching Senior Students by William Osler … Continue reading

The pupil handles a sufficient number of cases to get a certain measure of technical skill, and there is ever kept before him the idea that he is not in the hospital to learn everything that is known but to learn how to study disease and how to treat it, or rather, as I prefer to teach, how to treat patients.

“Medical art,” says Hippocrates, “consists of three things: the patient, his malady, and the physician.” Moxon’s witty paradox is also apposite. “It is quite as important to know what kind of a patient the disease has got, as to know what sort of a disease the patient has got.”

In the same month “Medical News” published an editorial about pneumonia which included another version of the saying. No attribution was specified, and the phrase was called an “old maxim”:[10]1905 August 26, Medical News: A Weekly Journal of Medical Science, Editorial: Pneumonia Once More, Start Page 414, Quote Page 415, Column 1, Lea Brothers and Company, New York. (Google Books Full … Continue reading

As a matter of fact, it remains true that it is not the pneumonia itself that is a fatal disease, but the complication which it so frequently exacerbates to a serious extent. The old maxim, that it does not make so much difference what sort of a disease the patient has as what sort of a patient has the disease, has its highest application with regard to pneumonia.

It is wise to steer clear of irrational prejudices which have become current and always to bear in mind the dictum of Maxon (quoted in this connection by Roberts, Osler, Woods Hutchinson): “It is quite as important to know what kind of patient the disease has got, as to know what sort of disease the patient has got.”

Nowhere is this more strikingly true than in pneumonia. It is emphatically a disease where, in the language of the brilliant pathologist-philosopher Moxon:

We can help patients though we have very little control over disease. Indeed, the key-note of present-day medicine might very well be expressed in what used to be a favorite maxim, it is said, of old Dr. Parry of Bath: “It is much more important to know what sort of an individual has a disease than what sort of a disease the individual has.”

Parry died in 1822, and the long delay before the appearance of this attribution makes the connection unlikely. Dr. Walsh published “Psychotherapy” in 1912, and he repeated a slightly altered version of the adage while crediting Parry. The word “individual” was changed to “patient”:[14]1912, Psychotherapy by James J. Walsh, Section III: The Individual Patient, Chapter I: Psychotherapy and the Individual Patient, Quote Page 163, D. Appleton and Company, New York. (Google Books Full … Continue reading

In November 1912 Woods Hutchinson continued to popularize the saying during a visit to Boston, Massachusetts. He delivered an address at the Twentieth Century Club according to “The Boston Sunday Globe”. This time Moxon’s name was omitted from the newspaper excerpt of his speech:[15] 1912 November 3, The Boston Sunday Globe, Benzoate of Soda Defended, Quote Page 32, Column 4,Boston, Massachusetts. (Newspapers_com)

“The only remedies for common ailments are food, pure air, rest and exercise. It is less important to know what disease the patient has than to know what kind of a patient the disease has got.”

In 1913 a New York periodical “The Independent” printed a book review of Walsh’s “Psychotherapy”. The reviewer repeated the adage and linked it to Parry and Osler:[16]1913 September 11, The Independent, Volume 75, Psychotherapy: What the Modern Physician Thinks of the Mind Cure as Practised in All Ages by James J. Walsh, Start Page 624, Quote Page 628, Column 1, … Continue reading

Osler was still alive in 1913; he died in 1919, but QI does not know who wrote the book review. So the credibility of the claim that Osler employed the saying while crediting Parry is uncertain.

Over the decades other ascriptions have emerged. For example, in 1987 a health columnist in a California newspaper gave credit to an ancient Greek sage:[18] 1987 January 8, Santa Ynez Valley News Health Tips: Love, medicine and miracles by Dr. Kathie Boisen (Doctor of Oriental Medicine), Quote Page 11A, Column 1, Solvang, California. (Newspapers_com)

Hippocrates, the father of western medicine, once said, “I would rather know what sort of person has a disease than what sort of disease a person has.”

In conclusion, this article presents a snapshot of current research. The earliest close match was spoken by Henry George Plimmer in 1899. Woods Hutchinson employed the saying repeatedly starting in 1902, and deserves credit for popularizing the expression. Hutchinson pointed to Walter Moxon as creator of the expression, but QI has not yet found substantive support for this claim. There is a lengthy gap between the death of Moxon in 1886 and the first known attribution in 1902.

Caleb Hillier Parry received credit in 1910. Yet Parry died in 1822, and this long delay significantly reduces the credibility of this ascription. In 1903 Hutchinson mentioned William Osler, but did not credit him with coinage. In 1913 a book reviewer suggested that Osler employed the saying while crediting Parry.

Image Notes: Illustration of stethoscope and measurement graph from geralt at Pixabay. Image has been resized and retouched.

(Great thanks to Kate O’Neill, Christopher Burd, Ronan Sharkey, and Robin Colgrove whose inquiries led QI to formulate this question and perform this exploration. These inquirers mentioned several possible attributions including Osler, Parry, and Hippocrates. Special thanks to Lily Szczygiel at the Osler Library of the History of Medicine, McGill University who pointed to the 1903 article by Osler. Additional thanks to Robin Colgrove who pursued this topic and communicated with several librarians. Further thanks to Donna Halper who identified the September 1905 and November 1912 citations. Many thanks to Stephen Goranson who located the important October 1899 citation. All errors are the responsibility of QI.)