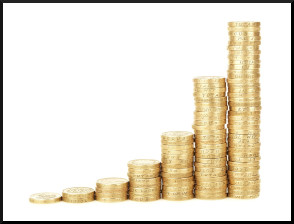 The Quote Investigator has written an article exploring a similar statement: “Compound interest Is man’s greatest invention”. The article is available here.

Advertisements using the label “Eighth Wonder of the World” have a long history. For example, in 1816 a lottery designed to raise money to repair the Grand Sunderland Bridge (Wearmouth Bridge) in England applied the label to the bridge:[3] 1816 October 26, The Leeds Mercury, (Advertisement for the Sunderland Bridge Lottery), Quote Page 2, Column 1, Leeds, West Yorkshire, England. (Newspapers_com)

Every Purchaser is presented with a beautiful Medal or Print of this Eighth Wonder of the World.

A Phenomenon in Medicine!
PROFESSOR MORSE’S INVIGORATING ELIXIR, OR CORDIAL.
THE EIGHTH WONDER OF THE BOTANIC WORLD!

The Eighth Wonder of the World—eighth in point of time, but first in point of significance was today dedicated to the use of the People. Amid the booming of cannon, the shrill whistling of a thousand steamers and the plaudits of great masses of citizens the Brooklyn Bridge . . .

The Educated Shetland Pony, or the Pony With the Human Brain. Little Cupid is the Eighth Wonder of the World. He does more work in less time, with more ease and grace than any other living pony. He will add; subtract, multiply, spell words, pick out colors.

“Gentlemen, if the man who invented compound interest had of secured a patent on his idea he would have had without any doubt the greatest invention the world has ever produced.”

In 1925 the expression under analysis appeared in an advertisement in the “Cleveland Plain Dealer” as mentioned previously:

The Eighth Wonder of the World—is compound interest.

In 1929 an advertisement claimed that Napoleon Bonaparte was astounded by compound interest although he did not label it the eighth wonder:[8]1929 December 8, The Courier-Journal, Do You Know What 8 Per Cent Compound Interest Means? (Advertisement for Century Building and Loan Association, Dallas, Texas), Quote Page 10, Column 7, … Continue reading

When Napoleon had the marvels of compound interest explained to him, he exclaimed: “I wonder it has not swallowed the world.” Compound interest, or “interest compounded semi-annually,” is indeed a remarkable thing.

In 1965 “The Wall Street Journal” printed an advertisement for the Community Savings and Loan Association of Compton, California which attributed the saying to Baron Rothschild. There have been multiple Barons, so the name is ambiguous. The 1st Baron was a prominent banker named Nathan Rothschild who died in 1915:[9] 1965 October 5, Wall Street Journal, (Advertisement for Community Savings and Loan Association, Compton, California), Quote Page 18, Column 3, New York. (ProQuest)

Do You Know What Baron Rothschild Considered The Eighth Wonder Of The World?

COMPOUND INTEREST. Rothschild, one of the world’s richest bankers, was asked at a dinner party if he could name the Seven Wonders of the World. He said: “No, but I can tell you what the Eighth Wonder is. The Eighth Wonder should be utilized by all of us to accomplish what we want. It is compound interest.”

Social security is squarely based on what has been called the eighth wonder of the world—compound interest. A growing nation is the greatest Ponzi game ever contrived. And that is a fact, not a paradox.

Old Grandpa Rockerfeller the multi-millionaire who preached thrift said something I never forgot. He said, “The 8th wonder of the world is compound interest.” Unfortunately very few people understand the magic of compound interest.

A. Michael Lipper, president of Lipper Analytical Securities Corp., quotes Albert Einstein’s remark that “The eighth wonder of the world is compound interest.” If you can invest at a sure 7 percent return, your money will double in 10 years. If you are patient, and stick with your investments over time, you will almost always come out ahead.

In conclusion, this article presents a snapshot of current research. The label “eight wonder” was applied to compound interest in an advertisement for a bank in 1925. No attribution was provided, and anonymous advertising copy writers have applied the “eight wonder” label to a wide variety of objects and ideas for more than two hundred years. QI has found no substantive evidence that Albert Einstein, Baron Rothschild, or John D. Rockefeller employed the saying.

Image Notes: Illustration of stacks of coins growing in height from PublicDomainPictures at Pixabay. Image has been resized.

(Great thanks to Jason Zweig whose inquiry led QI to formulate this question and perform this exploration. Thanks also to researchers Barry Popik and Fred R. Shapiro. Popik found a match for the saying in 1965.)