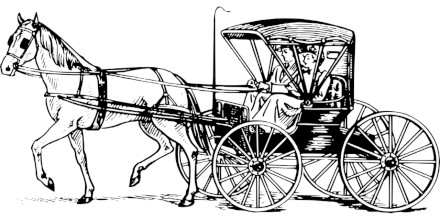 Quote Investigator: QI believes that the saying evolved over time. A partial instance appeared in “The Lancaster Daily Intelligencer” of Pennsylvania in 1879. An article mentioned that families with servants sometimes required them to wear special clothing whenever the leading member of the family died. Boldface added to excerpts by QI:[1]1879 October 2, The Lancaster Daily Intelligencer (Intelligencer Journal), Wit and Wisdom: Fresh Gleanings From the Fruitful Harvest of American Humor, Quote Page 4, Column 1, Lancaster, … Continue reading

In 1897 “The Spokesman-Review” of Spokane, Washington printed an article about a group of Salvation Army members who were taken to police headquarters for violating an ordinance when they played instruments and marched together in a busy district of the city. The article reprinted the pertinent decree which partially mirrored the saying under examination:[2] 1897 July 2, The Spokesman-Review, Army Will Fight: Under Arrest for Parading in Prohibited District, Quote Page 6, Column 1, Spokane, Washington. (Newspapers_com)

“The ordinance says no person shall do anything upon the streets or sidewalks which shall have a tendency to frighten horses or collect a crowd so as to interfere with the passage of teams or pedestrians.”

There is a saying in Leicestershire of “We do not care what you do as long as you don’t frighten the horses.” Lady Cowley on more than one occasion caused a stampede. Indeed, the hunting set nicknamed her “Fiddle-Headed Man-Eater.”

In September 1910 a full version of the saying appeared in an article the lively daughter of U.S. President Theodore Roosevelt who later became a well-known socialite. She broke a taboo by openly smoking cigarettes:[4] 1910 September 1, The Sebewaing Blade, Section: Supplement, Alice Smoke; What of It?, Quote Page 6, Column 2, Sebewaing, Michigan. (Newspapers_com)

Mrs. Alice Roosevelt Longworth’s cigarettes have caused a great “to do” in society here. The questions agitating Pittsburg’s fair leaders of the local “400” are: Does Mrs. Longworth smoke cigarettes?

If she does, is there any harm in it provided she doesn’t do it in the street and scare the horses?

I am not quite clear why I am going to Japan, but I think that one of the chief factors that is compelling me to go there is that the Japanese are sufficiently delicately minded not to make love in the streets and frighten the horses, nor do they, I believe, ever under any circumstances sit in couples in their parks glued to each other’s lips.

In our tolerant London Society — did not a witty Edwardian say: “I really don’t mind what people do, so long as they don’t do it in the street and frighten the horses!” — it is difficult to realize the commotion caused by the advent of this tempestuous young woman at the narrow-minded little Court of Saxony.

And it was Lady Tree who once said: “I never in the least mind what people do so long as they don’t do it in the street and frighten the horses.”

Their pleasantly hedonistic philosophy is summed up simply by one of Mr. Moore’s characters: “It doesn’t matter what you do so long as you don’t frighten the horses.”

The preoccupation of the state house of representatives with Rep. Kelly’s bill to outlaw nudism appears to be a case of playing the ukelele while Rome burns.

The lawmakers of the great and sovereign state of Michigan have better things to do than toy with a measure which would only interfere, with the inalienable right of good citizens to be non-conformists if they tend to their own business and don’t frighten the horses on the public streets and highways.

In 1957 a column by Max Lerner in the “New York Post” attributed the saying to Mrs. Patrick Campbell (Beatrice Stella Tanner). The taboo topic was prostitution:[10]1959, The Unfinished Country: A Book of American Symbols by Max Lerner, Part 3: Culture and the Conduct of Life, Section: All the Party Girls, Article 4: The Women on the Streets, Date: November 17, … Continue reading

There is a legend that Mrs. Patrick Campbell once said about the London prostitutes, “I don’t care what they do as long as they don’t do it in the streets and frighten the horses.” Put in extreme form, this pretty much represents how the members of the Wolfenden Committee approached the problem of overhauling the law on prostitution.

In 1960 T. S. Matthews, the former editor of “Time” magazine, published an autobiography titled “Name and Address”. In the 1950s he had moved from the U.S. to England which he found welcoming:[11] 1960, Name and Address: An Autobiography by T. S. Matthews, (Thomas Stanley Matthews), Part: Two, Chapter Two Universities, Quote Page 177, Simon and Schuster, New York. (Verified with scans)

In the larger air of Oxford, I soon discovered, nonconformity was quite permissible. If you belonged to a particular set, it might have its rules of dress and behavior, but there were other sets that seemed to have very different rules, or none; and you didn’t have to belong to a set at all. The university, that vague entity that made itself felt only at examination times and as the whimsical enforcer of archaic laws, apparently didn’t care what people did—in the immortal words of Mrs. Patrick Campbell—“as long as they don’t do it in the street and frighten the horses.”

One of the wittiest stories ever told about her—and one whose verity we refuse to doubt—is her rebuke to a young actress who reported that an old actor in the company was altogether too fond of the young and handsome leading-man. Mrs. Campbell silenced the gossip for good with the sentence: “Does it really matter what these affectionate people do—so long as they don’t do it in the streets and frighten the horses!”

Also, in 1961 a newspaper in Sydney, Australia published an examination of the book “Don’t Frighten the Horses”. The reviewer expressed skepticism while attributing the saying to a member of the British royalty:[13]1961 November 25, The Sydney Morning Herald, New Books: Outer Space Talk From Our Authors (Book Review of Alexander Macdonald’s “Don’t Frighten the Horses”), Quote Page 15, … Continue reading

Incidentally, his title is taken from a rather improbable statement credited to King Edward VII: “I don’t care what the people do, as long as they don’t do it in the streets and frighten the horses.”

My attitude to homosexuality is rather like that of the woman who, at the time of the trial of Oscar Wilde, said she didn’t mind what they did, so long as they didn’t do it in the street and frighten the horses.

I remember Presidential candidate Reagan telling me in a 1980 interview that he was not inclined to puritanism and quoting from Oscar Wilde that anything goes in one’s sex life “as long as they don’t practice it in the street and frighten the horses.”

In conclusion, this saying evolved over time, and the originator remains anonymous. The wording seems to be based on actual ordinances. A full version mentioning “do it in the street” and “scare the horses” was circulating by 1910. Mrs. Claude Beddington (Frances Ethel Beddington) helped to popularize the expression in 1929 although she ascribed it to an anonymous “witty Edwardian”. Mrs. Patrick Campbell (Beatrice Stella Tanner) has often received credit.

Image Notes: Illustration of horse-drawn transport from OpenClipart-Vectors at Pixabay. Image has been resized.