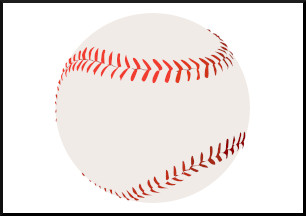 Dear Quote Investigator: The U.S. baseball pitcher Leroy Satchel Paige was proud of his inventive style and expert control. When accused of breaking rules he replied with a marvelous remark about throwing pitches that had not been seen in a generation. Would you please help me to find a citation?

Quote Investigator: In March 1958 “The Miami Herald” published a profile that described Leroy Satchel Paige as a living legend. He was known for a ‘hesitation pitch’ which confused batters, but he did not claim to be its inventor. Also, he denied breaking rules. The term “straight-faced” was used as a verb in the following passage. Boldface added to excerpts by QI:[1] 1958 March 5, The Miami Herald, Psychiatrist Satch Set for Season by Eddie Storin (Herald Sports Writer), Quote Page 5D, Column 6, Miami, Florida. (Newspapers_com)

“I have never thrown an illegal pitch,” he straight-faced. “The trouble is some of my pitches were never seen by this generation, until I came along.

When accused of throwing a spitball or using some other trick, Paige retorts: “I’ve never thrown an illegal pitch. The trouble is some of my pitches were never seen by this generation until I came along.”

His “Hesitation Pitch” was banned by Will Harridge, then American League president, as “deceitful.”

“I ain’t never throwed an illegal pitch,” Satch comments. “Trouble is once in a while I throws one that ain’t been seen in this generation.”

They say that the first time Mickey Mantle saw it, he swung at it before Satch even let it go.

Comments Satchel “I ain’t never throwed an illegal pitch. Trouble is, once in a while I tosses one that ain’t never been seen by this generation.”

In conclusion, Satchel Paige deserves credit for the remark he made by 1958. The phrasing presented in newspaper accounts has been variable, and Satchel Paige probably delivered the line more than once.

Image Notes: Illustration of a baseball from Clker-Free-Vector-Images at Pixabay.