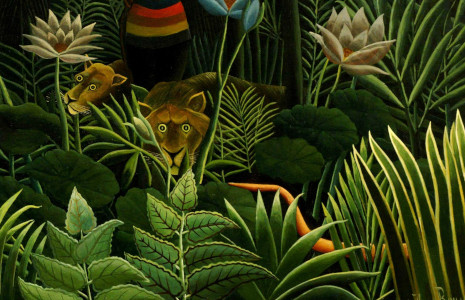 Dear Quote Investigator: Your alarm clock sounds, and you wake up groggily. You press the snooze button to get ten more minutes of sleep. The alarm buzzes again, and you press the button again. How can you prevent this unhappy cycle?

Instead of returning to a chaotic dream while half asleep you should be pursuing an inspirational dream while awake. That was the message of a prominent movie director. His vision enabled him to rise with enthusiasm in the morning and achieve enormous success in Hollywood. Would you please help me to find a citation?

Quote Investigator: Charlotte Chandler is the pen name of Lyn Erhard. She is best known as the author of nine biographies. Early in her book writing career she published “The Ultimate Seduction” which was based on interviews she had conducted with famous people in the world of arts and entertainment such as director Billy Wilder and artist Pablo Picasso. The title of the 1984 book came from a comment she gathered from Picasso. Boldface added to excerpts by QI:[1] 1984, The Ultimate Seduction by Charlotte Chandler, Part 1: The Drive To Get There, Quote Page 3, Doubleday & Company, Garden City, New York. (Verified with scans)

“Always, you put more of yourself into your work, until one day, you never know exactly which day, it happens—you are your work. The passions that motivate you may change, but it is your work in life that is the ultimate seduction.”

A passage in “The Ultimate Seduction” about the importance of dreams began with a comment from Chandler followed by a cogent remark from Picasso:[2] 1984, The Ultimate Seduction by Charlotte Chandler, Part 2: Getting There, Quote Page 108, Doubleday & Company, Garden City, New York. (Verified with scans)

The dream can be dreamed without any clear view of how to achieve it. Picasso said the most important step was the first one, “That you have the dream.”

The passage continued with a comment from Billy Wilder who directed influential and award-winning films such as “Double Indemnity”, “Some Like It Hot”, and “The Apartment”:

“You have to have a dream so you can get up in the morning,” Billy Wilder told me. “But that dream can’t stay the same all your life. If I’d been a boy in America, I would have dreamed of being a bat boy. But of course that dream couldn’t have sustained me all my life.”

The director Stanley Kramer was known for films such as “The Defiant Ones” and “Inherit the Wind”. He gave seminars at the American Film Institute during the 1970s. Like Wilder he believed that individuals should be motivated by dreams, but his remark on this topic had a twist:[3]2006, Conversations with the Great Moviemakers of Hollywood’s Golden Age at the American Film Institute, Edited by George Stevens Jr., Chapter: Stanley Kramer, Start Page 561, Quote Page 561, … Continue reading

I’m not sure your approbation is necessary, and if that’s arrogant it’s because in the work you and I are doing, controlled arrogance is a necessity. It’s a mixture of drive and the feeling that your imagination is enough to make it cross borders. You have to have a dream—every picture is a dream, and some of them turn out to be bad dreams.

In 1984 Charlotte Chandler printed the following quotation as noted previously in this article:

“You have to have a dream so you can get up in the morning,” Billy Wilder told me.

“Buy stuff that you like, that brings joy into your life, that will make you want to get up in the morning,” he said, offering as advice his own view of collecting.

“You have to have a dream, so you can get up in the morning.”

Shortly after I met him, Wilder told me, “You have to have a dream so you can get up in the morning. But that dream can’t stay the same all your life.”

In 2006 a newspaper in Ottawa, Canada published a collection of quotations with a morning theme, and the comment from Wilder was included with attribution.[7]2006 October 2, The Ottawa Citizen, Morning: ‘The rudder of the day’: How to embrace the early hours, and why you should by Donna Jacobs, Quote Page A2, Column 3, Ottawa, Ontario, Canada. … Continue reading

In conclusion, Billy Wilder spoke the remark in the 1984 citation based on the testimony of Charlotte Chandler. Thus, the accuracy of the quotation depends on the veracity of Chandler.

Image Notes: Detail from the painting “The Dream” by Henri Rousseau circa 1910.

(Great thanks to quotation specialist Mardy Grothe whose inquiry led QI to formulate this question and perform this exploration. Grothe located the 2002 citation.)