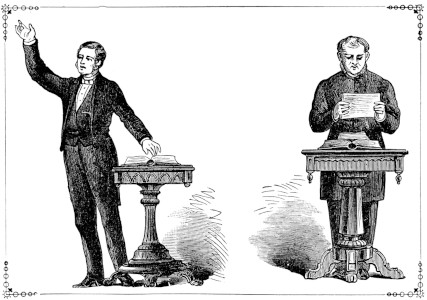 Dear Quote Investigator: Apparently, the prominent English writer Virginia Woolf thought that transmitting knowledge via lectures was a “vain and vicious system”. She also stated that lecturing was “an obsolete practice dating from the Middle Ages”. Would you please help me to find a citation?

Quote Investigator: Virginia Woolf published the book-length essay “Three Guineas” in 1938. She firmly expressed her disapproval of providing instruction by delivering a speech to an audience. Boldface added to excerpts by QI:[1] 1938, Three Guineas by Virginia Woolf, Chapter One, Quote Page 54, Harcourt, Brace and Company, New York. (Verified with scans)

If we are asked to lecture we can refuse to bolster up the vain and vicious system of lecturing by refusing to lecture.

Woolf elaborated on her point in the “Notes and References” section at the end of the book. She admitted that many subjects could only be taught with diagrams and personal demonstration. Yet, lectures upon English literature were unjustified:[2] 1938, Three Guineas by Virginia Woolf, Notes and References, Quote Page 236 to 238, Harcourt, Brace and Company, New York. (Verified with scans)

. . . it is an obsolete practice dating from the Middle Ages when books were scarce.

. . . eminence upon a platform encourages vanity and the desire to impose authority.

Also, the practice was inefficient for students and teachers:

. . . after the age of eighteen to continue to sip English literature through a straw, is a habit that seems to deserve the terms vain and vicious; which terms can justly be applied with greater force to those who pander to them.

Why, since life holds only so many hours, waste one of them on being lectured? Why, since printing presses have been invented these many centuries, should he not have printed his lecture instead of speaking it?

Woolf believed that printing the contents of a lecture was superior to speaking it:

. . . why continue an obsolete custom which not merely wastes time and temper, but incites the most debased of human passions—vanity, ostentation, self-assertion, and the desire to convert? Why encourage your elders to turn themselves into prigs and prophets . . .

Chief among the professorial behaviors she deplores is lecturing, which she finds analogous to the dominating psychology of fascist dictators rising in Europe of the thirties: “If we are asked to lecture,” Woolf suggests, “we can refuse to bolster up the vain and vicious system of lecturing by refusing to lecture”, which is what I did for the last ten years of my teaching career . . .

In 2020 a video titled “Death of The Lecture – Sixty Symbols” was uploaded to YouTube. Professor Phil Moriarty of the University of Nottingham argued that teaching via lectures was outmoded. A quotation attributed to Virginia Wolf was electronically projected onto a whiteboard during a segment of his speech:[5]YouTube video, Title: Death of The Lecture – Sixty Symbols, Uploaded on July 28, 2020, Uploaded by: Sixty Symbols, (Quotation shown on a whiteboard, image starts at 0 minute 55 seconds of 16 … Continue reading

University lectures are an obsolete practice inherited from the Middle Ages when books were scarce.

To swallow instruction from a lectern is like sipping through a straw. Lectures pander to the vanity of the lecturer.

The text above does not exactly match statements written by Woolf, but QI conjectures that the words were derived from the passages given previously.

In conclusion, Virginia Woolf deserves credit for the excerpts appearing in “Three Guineas” and “Why?” She disliked the idea of listening to lectures and delivering lectures.