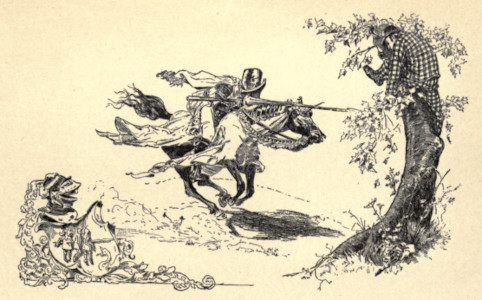 Dear Quote Investigator: Achieving expert knowledge and abilities in a domain may require many years of hard work. Yet, expertise does not guarantee success. Here is a counterintuitive adage:

The best swordsman does not fear the second best. He fears the worst since there’s no telling what that idiot is going to do.

This statement has been attributed to the famous humorist Mark Twain and the popular science fiction author David Weber. But I am having trouble locating a solid citation. Would you please help?

Quote Investigator: In 1889 Mark Twain published “A Connecticut Yankee in King Arthur’s Court”. The book included an observation about the “best swordsman”, but the phrasing differed from the remark specified in the inquiry above. The following excerpt represents the thoughts of the book’s narrator. Bold face added by QI:[1]1889 Copyright, A Connecticut Yankee in King Arthur’s Court by Mark Twain, Chapter 34: The Yankee and the King Sold as Slaves, Quote Page 330, Harper & Brothers Publishers, New York. … Continue reading

But don’t you know, there are some things that can beat smartness and foresight? Awkwardness and stupidity can. The best swordsman in the world doesn’t need to fear the second best swordsman in the world; no, the person for him to be afraid of is some ignorant antagonist who has never had a sword in his hand before; he doesn’t do the thing he ought to do, and so the expert isn’t prepared for him; he does the thing he ought not to do: and often it catches the expert out and ends him on the spot.

The viewpoint of the narrator of a novel may diverge from the author’s viewpoint; however, in this case, QI suspects that Twain would concur with the insight provided by the narrator.

In 1948 Caroline Thomas Harnsberger published a valuable compilation of quotations titled “Mark Twain at Your Fingertips”. She included most of the passage above under the topic “Stupidity”, and she correctly cited “A Connecticut Yankee in King Arthur’s Court”.[2] 1948, Mark Twain at Your Fingertips by Caroline Thomas Harnsberger, Topic: Stupidity, Quote Page 458, Cloud, Inc., Beechhurst Press, Inc., New York. (Verified on paper)

In 1993 David Weber published a book within the Honor Harrington series titled “The Honor of the Queen”. The main character described the strategy of a space battle, and she included a compressed version of the Twain passage above with an anonymous attribution:[4] 1993, The Honor of the Queen by David Weber, Series: Honor Harrington, Chapter 33, Quote Page 391, Baen Publishing Enterprises, Riverdale, New York. (Verified with scans)

“You think he’ll try to close to energy range, then?”

In 2011 the “Freakonomics” website posted an inquiry that was sent to Fred R. Shapiro about the provenance of a version of the remark. The phrasing was somewhat similar to Weber’s version. See below. Shapiro responded by pointing to the entry in “The Yale Book of Quotations”:[6]Website: Freakonomics, Article title: Rules of The Game, Article author: Fred Shapiro, Date on website: October 7, 2011, Website description: blog about the provenance of quotations. (Accessed … Continue reading

“The best swordsman does not fear the second best, he fears the worst since there’s no telling what that idiot is going to do.”

In conclusion, Mark Twain should receive credit for the passage he penned in “A Connecticut Yankee in King Arthur’s Court” in 1889. David Weber published a condensed version with an anonymous attribution in 1993. By 2011 another version was circulating.

(Great thanks to Andrew Munro whose inquiry led QI to formulate this question and perform this exploration.)

Image Notes: An illustration of a person in armor who is seated on a galloping horse. The illustration is from “A Connecticut Yankee in King Arthur’s Court” by Mark Twain published by Harper & Brothers in 1889.