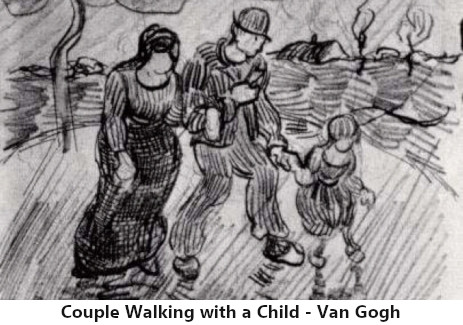 Dear Quote Investigator: Collaborating on a complex project like writing a novel is impossible for many people. English writer Evelyn Waugh said something like the following:

Coauthoring a book is like three people getting together to have a baby.

Quote Investigator: In April 1943 the prominent gossip columnist Leonard Lyons wrote about British novelist Evelyn Waugh and British historian Hilary St. George Saunders. Waugh was surprised to learn that Saunders was able to work together with another writer to successfully coauthor a book. Boldface added to excerpts by QI: 1

Of Saunders’ other writings, Waugh said: “But he collaborates. I never can understand how two men can write a book together. To me, that’s like three people getting together to have a baby.”

In the age of surrogate mothers and in vitro fertilization the notion of three (or more) people collaborating to produce a child is no longer outlandish.

In 1951 Leonard Lyons wrote about Hilary St. George Saunders who had died recently. The remark by Lyons clarified the transmission sequence for the quotation under analysis. Waugh delivered the joke to Saunders then Saunders relayed the quip to Lyons: 2

(Hilary St. George Saunders) collaborated with John Palmer in writing mystery novels, and Evelyn Waugh told him: “I never can understand how two men can write a book together. To me, that’s like three people getting together to have a baby.”

In 1957 a thematically related comment was ascribed to the famous British mystery writer Agatha Christie: 3

“I’ve always believed in writing without a collaborator, because where two people are writing the same book, each believes he gets all the worries and only half the royalties.”

A separate QI article about the quotation above is available here.

In 1965 quotation collector Bennett Cerf included a slightly rephrased instance of Waugh’s remark in his compilation “Laugh Day: A New Treasury of Over 1000 Humorous Stories and Anecdotes”: 4

Other authors on authors:
“I don’t understand how two men can write a book together. To me that’s like three people getting together to have a baby.”
—Evelyn Waugh.

In conclusion, Evelyn Waugh deserves credit for this quotation based on the 1943 citation. Waugh made the comment to fellow author Hilary St. George Saunders who relayed the quip to columnist Leonard Lyons.

Image Notes: Public domain image of the painting “Couple Walking Arm in Arm with a Child in the Rain” by Vincent van Gogh circa 1890. The image has been cropped and resized.