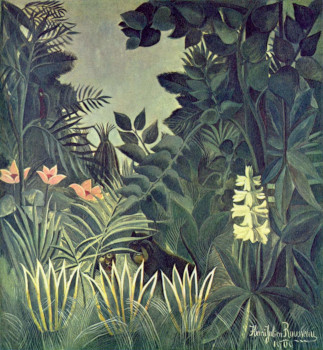 Dear Quote Investigator: The famous wit Oscar Wilde apparently expressed some forward thinking ideas about the environment. He believed that the natural world should be preserved so that it can be conveyed to our children in the condition it was received. Would you please help me to find a citation.

Quote Investigator: Oscar Wilde visited Canada in 1882 and delivered a lecture in Ottawa on May 16 about “Art Decoration”. The following day the “Ottawa Citizen” reported on his clothes, his demeanor, and his speech. Wilde had noticed that the Ottawa river was filled with sawdust and the air was filled with smoke, so he diverged from his main topic to discuss pollution. The newspaper responded to Wilde as follows. Boldface added to excepts by QI:[1]1882 May 17, Ottawa Citizen, Oscar Wilde: Lecture in the Grand Opera House, Quote Page 1, Column 4, Ottawa, Ontario, Canada. (Scans from the Ottawa Public Library; thanks to Donna Halper who located … Continue reading

The following week Wilde delivered a lecture in Kingston, Canada, and the local newspaper reported that he objected to pollution because it damaged the common inheritance of humankind:[2] 1882 May 23, The Daily News, Oscar Wilde On Decorative Art: A Thin Audience–Eloquent Discourse, Quote Page 2, Column 2, Kingston, Canada. (NewspaperArchive)

He had recently been in Ottawa, and had seen a noble river choked with sawdust. This he considered an outrage, as no one had a right to pollute the air or the water, which are the common inheritance of all.

During an interview with a Kingston journalist, Wilde suggested that industrialists should be forced to perform some form of recycling:[3] 1882 May 23, The Daily News, Oscar Wilde Interviewed, Quote Page 2, Column 3, Kingston, Canada. (NewspaperArchive)

The public, he thought, should compel manufacturers to consume their own smoke, make use of their sawdust, and discharge their effluvia somewhere else than into beautiful rivers or life giving atmosphere. Ruskin had induced Manchester to stop similar pollution.

At Ottawa, where he spoke next, Wilde realized how completely Canada had followed America into industrialism and business . . . And in that very April he had read complaints of the American Forestry Congress, which was organizing in Cincinnati against the rapid waste of forests.

As a Socialist, the poet opposed such exploitation of natural resources. “The things of nature do not really belong to us,” he said; “we should leave them to our children as we have received them.”

How this philosophy, if put into action, would have delayed the settlement of the West, was a question he did not face.

To a people who were tunneling into the earth, blindly hacking down forests, panting and pushing and falling over each other to destroy everything that stood in the way of riches, Wilde, remembering the doctrine he had learned back at Magdalen, said: “The things of nature do not belong to us. We should leave them to our children as we have received them.”

The Quote Investigator has also explored a family of thematically related remarks. The following instance was employed by a member of the World Wildlife Fund International in 1980:[6]1980 July, Journal of the Royal Society of Arts, Volume 128, Number 5288, A World Conservation Strategy by Lee M. Talbot, Director of Conservation and Special Scientific Advisor, World Wildlife Fund … Continue reading

‘We have not inherited the earth from our parents, we have borrowed it from our children’.

To learn more about the saying above please visit the QI article available here.

The things of nature do not really belong to us; we should leave them to our children as we have received them.

The things of nature do not really belong to us; we should leave them to our children as we have received them.
Speech, Ottawa, 12 May 1882

In conclusion, contemporaneous citations in Canadian newspapers such as the “Ottawa Citizen” of Ottawa and “The Daily News” of Kingston indicate that Oscar Wilde did mention the pollution he saw in the river and the skies of Ottawa. Yet, the earliest full match depicting nature as an inheritance for children appeared in the 1936 book “Oscar Wilde Discovers America”. This was more than three decades after Wilde’s death in 1900. The book specified that Wilde employed the quotation during his 1882 visit to Canada, but the book did not present a precise citation. Perhaps future researchers will resolve this situation by finding an 1882 citation containing the quotation.

Image Notes: Public domain image of the painting “The Equatorial Jungle” by Henri Rousseau circa 1909. The image has been cropped and resized.

(Great thanks to the anonymous person whose inquiry led QI to formulate this question and perform this exploration. Special thanks to Donna Halper who performed excellent research on this topic. She contacted the Toronto Public Library, the Ottawa Public Library, and the Ottawa City Archives as part of her efforts. She located the important 1882 “Ottawa Citizen” citation, and several other citations from Wilde’s tour of North America. Also, many thanks to Stephen Goranson who found pertinent citations listed in Kevin O’Brien’s 1973 Ph.D. dissertation. Also, thanks to Randy Boswell of Carleton University who shared with QI his worthwhile 2016 article “Cholera, the ‘Sawdust Menace,’ and the River Doctor: How Fear of an Epidemic Triggered Canada’s First ‘Pollution’ Controversy” from the journal “Histoire sociale / Social History”. Additional thanks to Brian Whatcott for his efforts to track down citations.)

Update History: On June 18, 2021 two citations in 1882 were added, the conclusion was rewritten, and several acknowledgements were added.