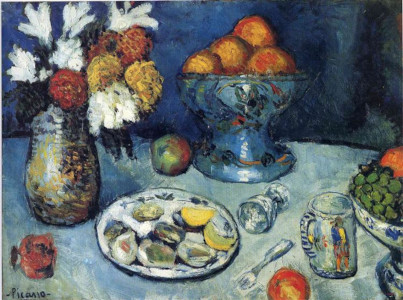 Dear Quote Investigator: T-shirts and bumper stickers present a modern proverb about the precariousness of existence. Here are two versions:

Ernestine Ulmer often receives credit although that name is somewhat obscure. Would you please explore the provenance of this expression?

Arthur Murray says he always eats dessert first, because life is so uncertain.

The statement above referred to a single person; hence, it was not in proverbial form, but the phrasing evolved over time.

I don’t eat eggs. I figure if the chicken doesn’t want them why should I?

I always eat dessert first, because life is so uncertain.

When I asked her for three square meals a day, she started to serve waffles every meal.

Expiring in her one hundredth year during the course of a good meal:

Quick! Serve the dessert! I think I am dying.

Paulette Brillat-Savarin. She was the sister of Jean-Anthelme Brillat-Savarin, the celebrated French gastronome who died in 1826. Quoted on BBC Radio Quote … Unquote (6 February 1979).

In 1982 an article in “The Seattle Times” of Washington reported that the adage appeared on a sign in a local business:[5] 1982 May 19, The Seattle Times, Sweet Finish Makes a Meal by Sheila Anne Feeney (Times staff reporter), Quote Page B1, Column 1, Seattle, Washington. (GenealogyBank)

In fact, a sign, donated by a customer, on the cash register of Pacific Dessert, advises: “Eat dessert first. Life is uncertain.”

“Eat dessert first, life is uncertain” is the quote on the red aprons displayed over the sweet cases at the new Fountain Foods in the Barracks Road Shopping Center in Charlottesville.

“Life is uncertain, so eat dessert first” is not only the business motto for Cheesecake Babes Inc., but owner Lyn Pasak’s view of the world.

“I think it applies philosophically to so many things,” Pasak, 35, said.

A web search finds that the phrase:
Life is uncertain, eat dessert first.

Is frequently attributed to Ernestine Ulmer. But I can’t find any information about who she is to be remembered/quoted as saying this phrase. Did she write a cookbook? Did she run in a frequently quoted circle (ala Dorothy Parker)?

In conclusion, Arthur Murray deserves credit for this joke based on the 1962 citation although the statement was not in proverbial form. Leopold Fechtner published the same joke in 1977. The phrasing evolved, and the proverb was circulating by May 1982. Ernestine Ulmer received credit by 1998, but that date was rather late.

Image Notes: Public domain picture of the painting “Still Life (The Dessert)” by Pablo Picasso circa 1901. The image has been resized.

(Great thanks to Andrew Steinberg whose inquiry led QI to formulate this question and perform this exploration. Also, many thanks to researcher Barry Popik for his pioneering exploration of this topic. Popik found citations beginning in March 1986.)