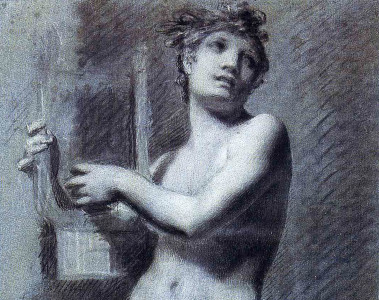 Dear Quote Investigator: Rhyme and rhythm often produce a lovely euphony in poems. This notion has been expressed as follows:

Poetry is music written for the human voice.

These words have been attributed to Renaissance woman Maya Angelou, but some people assert that she disclaimed credit. Would you please help me to find a precise citation?

In 1982 U.S. public T.V. broadcast a 17-part series called “Creativity With Bill Moyers”. A reviewer in the “Chicago Tribune” of Illinois described the premiere episode during which journalist Moyers spoke to Angelou who presented an insight from her mentor Bertha Flowers. Boldface added to excerpts by QI:[1] 1982 January 8, Chicago Tribune, Moyers’ ‘Creativity’ is a rare gift by Marilynn Preston on TV, Section 3, Quote Page 12, Column 4, Chicago, Illinois. (Newspapers_com)

“Poetry is music written for the human voice—she must have told me that 50 times,” Angelou says.

Mrs. Flowers also told her to go home and read poetry, and she did, under her grandmother’s bed at first, and eventually she started speaking again. Now she speaks and reads and performs her poetry all over the world, but she’ll never forget Mrs. Flowers.

Thus, Maya Angelou popularized the expression under examination, but she attributed it to her respected guide Bertha Flowers.

Mrs. Bertha Flowers was the aristocrat of Black Stamps. She had the grace of control to appear warm in the coldest weather, and on the Arkansas summer days it seemed she had a private breeze which swirled around, cooling her.

Angelou described the support and advice supplied to her by Flowers:[3] 1973 (1969 Copyright), I Know Why the Caged Bird Sings by Maya Angelou, Chapter 15, Quote Page 95, Random House, New York. (Verified with scans)

“Your grandmother says you read a lot. Every chance you get. That’s good, but not good enough. Words mean more than what is set down on paper. It takes the human voice to infuse them with the shades of deeper meaning.”

I memorized the part about the human voice infusing words. It seemed so valid and poetic.

She said she was going to give me some books and that I not only must read them, I must read them aloud. She suggested that I try to make a sentence sound in as many different ways as possible.

“There’s one more thing. Take this book of poems and memorize one for me. Next time you pay me a visit, I want you to recite.”

In 1982 a television documentary about creativity featured Angelou as mentioned previously. A reviewer in the “Los Angeles Times” was impressed by the remark about poetry and reprinted it:[5] 1982 January 8, Los Angeles Times, TV Wears a Halo of Angelou by Howard Rosenberg, Section VI, Start Page 1, Quote Page 13, Column 1, Los Angeles, California. (Newspapers_com)

Another powerful influence on Angelou was Mrs. Flowers, the lady of Stamps, “very, very black and pretty.” It was this cool black angel who read Dickens to Angelou the child and told her “poetry was music written for the human voice.”

You know, from the time I was 7 1/2 until I was almost 13, I didn’t talk. I was persuaded to talk by a woman who knew I loved and memorized poetry. She said, “Poetry is music written for the human voice. Until you read it (aloud) you will never love it.”

In conclusion, the quotation should be credited to Bertha Flowers who acted as a mentor to young Maya Angelou. It is closely linked to Angelou because she was the primary vector of its popularization.

Image Notes: Public domain allegorical portrait of Musique and Poetry from Pierre-Paul Prud’hon who died in 1823. Image has been cropped and resized.