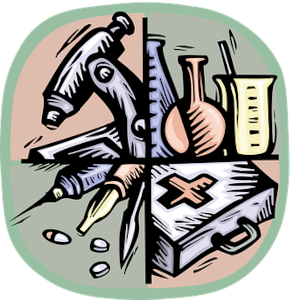 Dear Quote Investigator: In the 21st century the insights gained via science have re-emerged as centrally important to the flourishing of our planet and humanity. Apparently, a researcher enthralled by work was told that she was placing too much emphasis on science. She replied:

Science and everyday life cannot and should not be separated.

This statement has been attributed to Rosalind Franklin whose x-ray crystallography work led to the epochal discovery of the structure of deoxyribonucleic acid (DNA), the molecule of genetic inheritance. Would you please help me to find a citation.

Quote Investigator: This quotation is contained in the biography “Rosalind Franklin: The Dark Lady of DNA” by Brenda Maddox within chapter four titled “Never Surrender (October 1938-July 1941)”. During this time period Rosalind Franklin was attending Cambridge University, and she received a letter from her father Ellis Franklin. Her reply described her father’s complaint: 1

You frequently state, and in your letter you imply, that I have developed a completely one-sided outlook and look at everything and think of everything in terms of science.

Rosalind Franklin opposed the separation of science and quotidian life. Boldface added to excerpts by QI:

But you look at science (or at least talk of it) as some sort of demoralising invention of man, something apart from real life, and which must be cautiously guarded and kept separate from everyday existence. But science and everyday life cannot and should not be separated. Science, for me, gives a partial explanation of life.

In 2004 the quotation appeared as an entry in the sixth edition of “The Oxford Dictionary of Quotations” edited by Elizabeth Knowles. The letter from Rosalind Franklin reprinted in Maddox’s biography was cited. 2

In 2015 the remark was printed in “Headstrong: 52 Women Who Changed Science—and the World” by Rachel Swaby, and Rosalind Franklin received credit. 3

In conclusion, Rosalind Franklin deserves credit for this quotation.