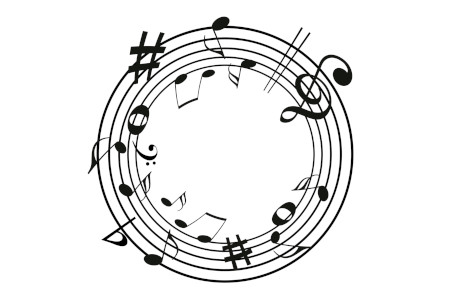 Dear Quote Investigator: Competitions are commonplace in the world of athletics, academics, arts, and business. The acclaimed Hungarian composer Béla Bartók apparently expressed opposition to high-stakes contests in the domain of music. Here are four English versions of his remark:

I have been unable to find a solid citation. Would you please help?

“I am for Bartok. What did he say? ‘Competitions are for horses, not artists.’”

The above posthumous citation was not ideal because it was indirect and delayed. This article presents a snapshot of current research which is incomplete.

A direct quotation in Hungarian would best. Unfortunately, QI’s ability to search for quotations in Hungarian is sharply circumscribed. QI does not have access to large databases of Hungarian documents. The Google Books database does contain some Hungarian books, but QI was unable to find a substantive Hungarian match in that database.

The most interesting clue about the original phrasing appeared in the 1969 book “Szigeti on the Violin” which suggested that Béla Bartók used the word “verseny”. See the details further below.

In 1962 “The Saturday Review” printed an article titled “Piano Competitions: Talent Hunt or Sport?” by Carl Battaglia which included the saying: 2

Bela Bartok probably spoke for a good many musicians when he said, “Competitions are for horses, not artists.” Nevertheless, it is a fact that more young performers than ever before—particularly pianists—are availing themselves of the opportunities afforded by this “sport.”

In 1964 the reference “Contemporary Quotations” compiled by James B. Simpson included an entry for the saying: 3

In 1969 Hungarian violinist Joseph Szigeti published “Szigeti on the Violin”. He attributed the saying to Bartók, and he suggested that the Hungarian word “verseny” was part of the expression: 4

For good or ill, competitions are a major force in the world of music today. Bartók took a dim view of them; and he said, using the Hungarian word verseny which also means horse-racing; ‘Competitions are for horses, not for musicians’. It is hardly necessary to point out that this gamble on the unforeseeable chances at competitions is incompatible with the slow maturing either of the performing personality or of the repertoire.

In 1970 “The Musical Times” published an examination of Szigeti’s book, and the book reviewer reprinted the saying: 5

The first part, for instance, which he considers ‘somewhat pessimistic’, is a jeremiad on the conditions that now form the young artist: the international competitions—‘for horses, not musicians’, said Bartók …

In 1978 “The Washington Post” printed a version using the singular verb “is”: 6

Bela Bartok once said, “Competition is for horses, not artists.”

The 1986 book “No Contest: The Case Against Competition” by Alfie Kohn included the saying together with a citation pointing to “The Saturday Review” article: 7

The 1996 reference “The International Thesaurus of Quotations” included the saying and also pointed to “The Saturday Review” article: 8

Also, in 1996 rock musician Nick Cave sent a note to the MTV network asking for the withdrawal of his nomination for the Best Male Artist Award. Cave’s reasoning was thematically similar to the saying under examination: 9

My relationship with my muse is a delicate one at the best of times and I feel that it is my duty to protect her from influences that may offend her fragile nature.

She comes to me with the gift of song and in return I treat her with the respect I feel she deserves — in this case this means not subjecting her to the indignities of judgement and competition. My muse is not a horse and I am in no horse race and if indeed she was, still I would not harness her to this tumbrel — this bloody cart of severed heads and glittering prizes.

In 2006 screenwriter Joe Eszterhas published “The Devil’s Guide to Hollywood” and presented another version of the saying: 10

If you win an Oscar, display it proudly.
Screenwriter Ben Hecht used his as a doorstop in his home in Nyack, New York.

If you’re not nominated for an Oscar . . .
Hungarian composer Béla Bartók said, “Competitions are for horses, not men.”

In 2009 Michael Johnson who served on the board of the London International Piano Competition penned an op-ed for “The New York Times” titled “The Dark Side of Piano Competitions”, and he mentioned the saying: 11

The Hungarian pianist and composer Bela Bartok famously said competitions should be for horses, not musicians. He refused to sit on competition juries because he didn’t want the decisions on his conscience. Bartok would probably be appalled at what has happened in the world of piano competitions since his death in 1945.

The Hungarian quotation website “Citatum” has a webpage for the saying, but the supporting citation points to the 2006 book by Joe Eszterhas. So the Hungarian instance was derived from an English instance. Here is the Hungarian saying followed by an English rendering: 12

A verseny lovaknak való, nem embereknek.
The race is for horses, not humans.

In conclusion, there is substantive evidence that Béla Bartók did craft a remark decrying competitions in the music domain. Regrettably, QI has not yet located the original Hungarian statement. Bartók died in 1945, and the earliest instance located by QI appeared in English in 1958; hence, there is considerable room for improvement. Uncertainty remains, and QI hopes that future researchers will help to clarify this topic.

(Great thanks to Mary Brandt whose inquiry led QI to formulate this question and perform this exploration. Brandt told QI about the attribution to Béla Bartók and the letter from Nick Cave.)