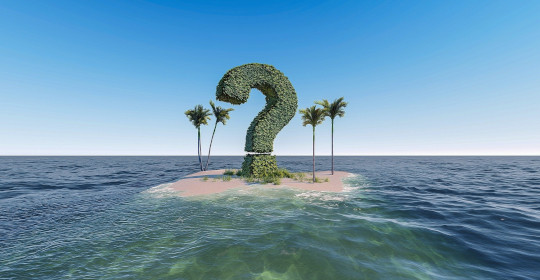 Dear Quote Investigator: The pursuit of truth is fascinating and energizing while the actual attainment of truth may feel anticlimactic. Here are four instances from a family of sayings:

This saying has been attributed to the famous physicist Albert Einstein and the prominent German philosopher Gotthold Ephraim Lessing. Would you please explore this topic?

Quote Investigator: In 1778 Gotthold Ephraim Lessing published “Eine Duplik” which contained a passage discussing the struggle to attain the truth. Below is a translation of Lessing’s remarks from German into English published in 1866 by E. P. Evans. QI believes that the family of sayings under examination were derived from Lessing’s viewpoint. Boldface added to excerpt by QI:[1]1866, The Life and Works of Gotthold Ephraim Lessing From the German of Adolf Stahr by E. P. Evans Ph.D. (Professor of Modern Languages and Literature in the University of Michigan), Volume 2, Book … Continue reading

The worth of man lies not in the truth which he possesses, or believes that he possesses, but in the honest endeavor which he puts forth to secure that truth; for not by the possession of, but by the search after, truth, are his powers enlarged, wherein, alone, consists his ever-increasing perfection. Possession fosters content, indolence, and pride.

If God should hold enclosed in His right hand all truth, and in His left hand only the ever-active impulse after truth, although with the condition that I must always and forever err, I would, with humility, turn to His left hand, and say, ‘Father, give me this; pure truth is for Thee alone.’

In 1940 Albert Einstein published “Considerations Concerning the Fundaments of Theoretical Physics” in the journal “Science”. Einstein employed the first instance from the family above, and he credited Lessing. Einstein did not use quotation marks, and QI believes the physicist presented an encapsulation of Lessing’s perspective and not a direct quotation:[2]1940 May 24, Science, Volume 91, Number 2369, Considerations Concerning the Fundaments of Theoretical Physics by Dr. Albert Einstein (Institute for Advanced Study, Princeton, New Jersey), Start Page … Continue reading

Some physicists, among them myself, can not believe that we must abandon, actually and forever, the idea of direct representation of physical reality in space and time; or that we must accept the view that events in nature are analogous to a game of chance. It is open to every man to choose the direction of his striving; and also every man may draw comfort from Lessing’s fine saying, that the search for truth is more precious than its possession.

It is a well-known saying of Lessing’s, that if he had been offered the choice between the possession of truth and the pleasure of seeking for it, he should unhesitatingly have preferred the latter.

The American, whether of the Eastern or Western States, looks upon wealth as Lessing looked upon truth. The search for it is more precious to him than the possession. He values each successful speculation mainly as the stepping-stone to a new one.

In 1866 Sir Alexander Grant published “The Ethics of Aristotle”. Grant employed the second instance from the family of sayings mentioned in the question above. Grant specified an anonymous attribution:[6]1866, The Ethics of Aristotle: Illustrated with Essays and Notes by Sir Alexander Grant, Second Edition Revised and Completed, Volume 2 of 2, Quote Page 335, Longmans, Green, and Company. (Google … Continue reading

‘And it is reasonable to suppose that those who know pass their time more pleasantly than those who are enquiring.’ This is opposed to the often repeated saying that ‘the search for truth is more precious than truth itself.’ Thus Bishop Butler says, ‘Knowledge is not our proper happiness. Whoever will in the least attend to the thing will see, that it is the gaining, not the having of it, which is the entertainment of the mind. ’

There is immense enjoyment in this science when attained; but Lessing declared that if he had been offered between the possession of truth and the pleasure of seeking for it, he would have unhesitatingly preferred the latter.

In 1874 Professor J. A. Turner of Hollins Institute delivered a speech at Richmond College in Virginia. He presented a proposition that matched instance three above, and he argued against it. He also described it as an “ever-recurring theme of debating societies”:[8] 1874 June 23, The Richmond Daily Dispatch, Commencement of Richmond College, Quote Page 1, Column 4, Richmond, Virginia. (Newspapers_com)

Not the truth in whose possession a man is or believes himself to be, but the earnest efforts which he has made to attain truth, make the worth of the man. For it is not through the possession but through the search for truth that his powers are strengthened, in which alone his ever-growing perfection exists. Possession makes him calm, indolent, proud—

If God held all truth in His right hand, and in His left the ever-living desire for truth, although with the condition that I should remain in error for ever, and if He said to me “Choose,” I should humbly incline towards His left, and say, “Father, give; pure truth is for Thee alone.”

In 1904 a newspaper in Lawrence, Kansas reported on the meeting of a group called “The Invincible Society” who held a debate. The proposition discussed matched instance four above:[10] 1904 January 1, The Indian Leader, (Short item with no title), Quote Page 2, Column 2, Haskell Institute, Lawrence, Kansas. (Newspapers_com)

… debate, Resolved—“That the pursuit of an object is more pleasurable than its possession” affirmatives, Harold Barnes and Peter Venne; negatives, Paul Knapp and Frank Fish.

… every man may draw comfort from Lessing’s fine saying, that the search for truth is more precious than its possession.

In conclusion, Gotthold Ephraim Lessing deserves credit for the passage he published in 1778. Other writers have attempted to express Lessing’s viewpoint succinctly, and sometimes Lessing receives credit for these compact statements. This is a known mechanism for the creation of misquotations. Albert Einstein did publish an essay in 1940 containing the first instance above, but he was summarizing Lessing, and he credited the well-known philosopher.

Image Notes: Public domain illustration of foliage shaped like a question mark on an island from qimono at Pixabay. Image has been resized and cropped.

(Special thanks to German quotation expert Gerald Krieghofer who previously explored this topic. Krieghofer located the crucial citation for Lessing in 1778. His article in German is available here. Great thanks to Victor Mair and Ben Zimmer whose inquiries inspired QI to formulate this question and perform this exploration. Mair posted a comment on the Language Log website asking about a different quotation attributed to Einstein that was thematically connected to this quotation. Zimmer relayed the request from Mair to QI.)