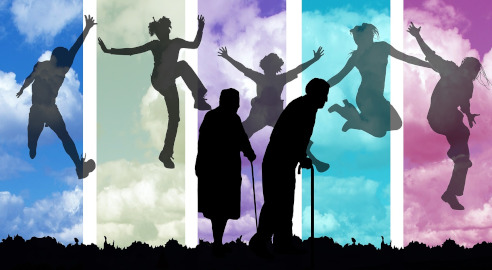 You are never too old to become younger.

Would you please help to find a citation?

Quote Investigator: In 1969 Hollywood columnist George Christy interviewed the famous actress Mae West in the pages of “The Los Angeles Times”. She spoke about her youthful philosophy. The ellipsis appeared in the original text. Boldface added to excerpts by QI:[1]1969 December 21, Los Angeles Times, Section: West Magazine, ‘Too Much of a Good Thing Can be Wonderful’ by George Christy, Start Page 25, Quote Page 28, Column 2, Los Angeles, California. … Continue reading

I’ve taken good care of myself all my life . . . you’re never too old to become younger. That’s my philosophy. You can do it by eating and living properly. And if you need a lift, why not?

In 1970 “Cosmopolitan” reprinted the interview; however, the text was slightly altered with the addition of the word “but”:[2] 1970 May, Cosmopolitan, Volume 168, Issue 5, Mae West Raps by George Christy, Start Page 130, Quote Page 133, Hearst Corporation, New York. (ProQuest)

I’ve taken good care of myself all my life . . . but you’re never too old to become younger. That’s my philosophy.

“He who does not enjoy his own company is usually right.”
COCO CHANEL

In conclusion, Mae West deserves credit for this remark which she employed during a 1969 interview with George Christy.

The QI website also has pieces about two thematically related sayings. An article about “It is never too late to be what you might have been” is available here. This remark has often been incorrectly ascribed to George Eliot.

An article about “You are never too old to set another goal or to dream a new dream” is available here. This remark has often been incorrectly ascribed to C. S. Lewis.

Image Notes: Public domain illustration of young and old people from geralt at Pixabay. Image has been resized.

(Great thanks to Stuart Brown whose inquiry led QI to formulate this question and perform this exploration.)