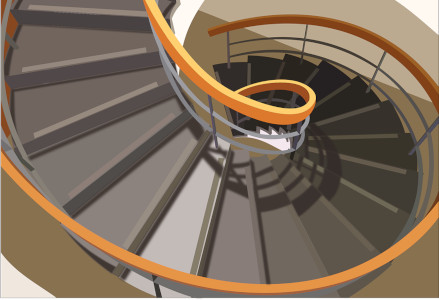 Dear Quote Investigator: The U.S. poet and wit Dorothy Parker has received credit for scandalous wordplay based on the following phrases:

The News will pay $2 for every Classroom Boner published.
A Boner is a humorous expression found in examination papers, etc., by school teachers. Boners must be original. And they must be funny.

A correspondent from Long Island supplied the following item. Boldface added to excerpts by QI:

This time she doesn’t plan to drop in on London. “The last time I was in England,” she quipped, “I spent the whole time sliding down barristers.”

Then I remember her comment on one friend who had lamed herself while in London. It was Mrs. Parker who voiced the suspicion that this poor lady had injured herself while sliding down a barrister.

Here are three hypotheses. One: The wordplay began as a humorous error made by a student which was relayed to the “Daily News”. Dorothy Parker heard the remark, and she employed it. Her prominence caused the quip to be reassigned to her.

Two: The wordplay appeared in the “Daily News”. Dorothy Parker never used the remark, but a columnist or agent decided to reassign it to her because she was a well-known wit. Different versions were assigned to Parker.

Three: Parker crafted the wordplay before 1933. Perhaps she used it during the heyday of the Algonquin Round Table in the 1920s. Because the quip was somewhat risqué it did not immediately appear in newspapers or magazines although it did circulate. Finally, in 1933 it emerged with an attribution to an anonymous student and to Parker.

In 1937 writer Meyer Levin mentioned attributions to Mae West and Dorothy Parker in his novel “The Old Bunch”:[5] 1943 (1937 Copyright), The Old Bunch by Meyer Levin, Book Four: Each in His Place, Chapter: A Century of Progress, Quote Page 856, The Citadel Press, New York. (Verified with scans)

Ora was telling a Mae West joke. About how she went to a house-party in England and spent all her time sliding down barristers. Only, he remembered having heard the same joke about Dorothy Parker, a few years ago.

Billy Boner says he loves to slide down a barrister

Miss Parker spent a summer in England. Upon her return she explained that she had devoted the better part of her time to sliding up and down barristers.

. . . her remark when someone wondered aloud how a certain mutual female acquaintance had managed to break her leg while on a holiday in London. “Probably sliding down a barrister,” Dottie opined.

I recall Dotty Parker’s remark about a movie actress who said she had been hurt “sliding down a banister.” “Perhaps it was a barrister,” said Miss Parker.

Returning from London, a noted actress complained to the press that she’d somehow gotten splinters in her derriere over there. “I suppose she got them sliding down a barrister,” Miss Parker remarked.

In conclusion, Dorothy Parker usually receives credit for this wordplay, but QI remains uncertain whether the credit is deserved. The three leading hypotheses are listed near the beginning of this article.

Image Notes: Illustration of a spiral staircase with a banister from OpenClipart-Vectors at Pixabay. Image has been cropped and resized.

(Great thanks to quotation expert Fred R. Shapiro who inquired about this quip way back in 2010. Shapiro already knew about the excellent 1934 citation. QI began an investigation at that time which was suspended and periodically reinitiated. The January and June 1933 citations were uncovered by QI in 2020 which gave sufficient impetus to publish this article.)