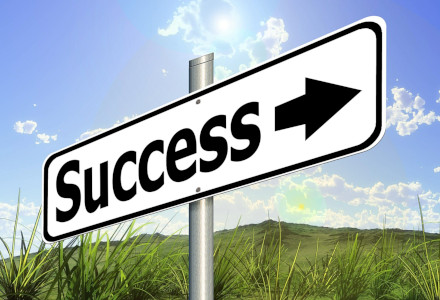 Dear Quote Investigator: Failure is painful, but it also provides an opportunity to learn. An apparent defeat may be transformed into a victory by using hard-won knowledge to discover a different pathway to success. The prominent television producer, entrepreneur, and actress Oprah Winfrey concisely communicated this same idea during a graduation speech. Would you please help me to find a citation?

I could have seen my various “failed” attempts at working as just that—failures. What is called “failure” may not, however, be failure. Think of “failures” as markers pointing you in a new direction. Eventually you will reach a solution, and when you do, you’ll realize that, without your “failures,” you might never have found it.

Oprah Winfrey’s remarks from 2007 were recalled during a 2009 commencement speech at the University of Arkansas delivered by Tim Wooldridge, executive director of the Arkansas Association of Public Universities:[3] 2009 May 11, US Fed News Service, Including US State News, Graduates Urged To ‘Step Out, Be Fearless’ (News about University of Arkansas at Fort Smith graduation), Washington, D.C. (ProQuest)

Wooldridge quoted entertainer Oprah Winfrey in discounting failure as saying, “There is no such thing as failure. …What other people label or might try to call failure, I have learned is just God’s way of pointing you in a new direction.”

What do you think is the most significant barrier to female leadership?

Don’t be afraid. Believe in yourself. All you have to know is who you are. There is no such thing as failure. What other people label or might try to call failure, I have learned is just God’s way of pointing you in new direction. You may take several paths that end up on what might be a dead end for you if you haven’t found your calling within yourself yet.

In 2011 Peter A. LaPorta published “A Quote For Every Day”. His entry for September 12th included a thematic match to the quotation under examination. LaPorta noted that popular fantasy author J. K. Rowling repeatedly experienced rejection when she submitted her manuscript of the first Harry Potter book:[5] 2011, A Quote For Every Day by Peter A. LaPorta, Date: September 12, Quote Page 256, AuthorHouse, Bloomington, Indiana. (Verified with scans)

The world is grateful that Jo Rowling did not give up after life gave her so many hard knocks. Always try to look at the road blocks as pointing you in a new direction of prosperity.

‘What other people label or might try to call failure, I have learned is just God’s way of pointing you in a new direction.’ – Oprah Winfrey

One of my greatest lessons has been to fully understand that what looks like a dark patch in the quest for success is the universe pointing you in a new direction. Anything can be a miracle, a blessing, an opportunity if you choose to see it that way. Had I not been demoted from my six o’clock anchor post in Baltimore back in 1977, the talk show gig would never have happened when it did.

In conclusion, Oprah Winfrey deserves credit for the quotation she delivered during a commencement address at Howard University in 2007. Winfrey’s charisma and distinctive phrasing popularized the quotation.

Image Notes: Illustration of success sign from geralt at Pixabay. Image has been cropped and resized.