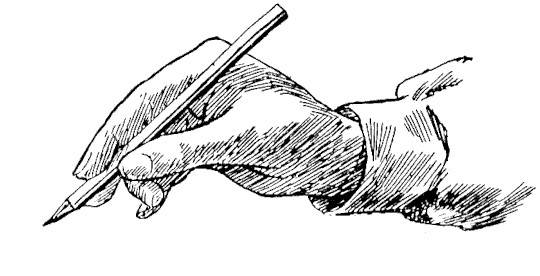 Question for Quote Investigator: A person who was enamored with celebrities wanted George Bernard Shaw to attend a social gathering. Several attempts at interesting Shaw failed. So a formal invitation was sent. Shaw appended a short reply and sent the note back:

Here is another version of the interaction:

“Lady X will be at home Tuesday between the hours of two and five in the afternoon.”
“George Bernard Shaw likewise.”

Is this episode genuine? Would you please explore this anecdote?

Reply from Quote Investigator: The earliest match located by QI appeared in the syndicated gossip column of Walter Winchell in September 1939. Winchell stated that the tale had been circulating in British magazines. A wealthy woman who enjoyed gathering celebrities at her home had been unable to attract Shaw. Boldface added to excerpts by QI:[1] 1939 September 12, The Morning Post, Walter Winchell On Broadway, Quote Page 17, Column 3, Camden, New Jersey. (Newspapers_com)

Despite her failure, she persisted, and one day sent Shaw a card inviting him to tea. It read: “Lady X will be at home Thursday between 4 and 6” . . . Shaw sent it back with the comment: “Mr. Bernard Shaw likewise.”

QI has not yet located an earlier instance of this tale in a British periodical. Shaw was alive when this anecdote was published. He died in 1950 when he was 94 years old. This evidence is substantive, but the information was obtained neither from Shaw nor a direct participant; hence, its credibility is reduced.

Bernard Shaw one day received an invitation from a celebrity hunter:
“Lady X will be at home Thursday between four and six.”
The author returned the card; underneath he had written:
“Mr. Bernard Shaw likewise.”
— Neues Wiener Tagblatt

A story going the rounds concerns itself with the ready wit of Bernard Shaw. Pestered by a celebrity hunter, he received a final invitation stating: “Lady X will be ‘at home’ Thursday between 4 and 6.”
The author returned the card with the penciled notation: “Mr. Bernard Shaw likewise.”

Bernard Shaw one day received an invitation from a celebrity hunter: “Lady X will be at home Thursday between four and six.”
The author returned the card; underneath he had written:
“Mr. Bernard Shaw likewise.”

In 1944 “Ladies’ Home Journal” printed a version of the tale that named the recipient of the barb. The magazine indicated that the tale was obtained from a book:[5] 1944 September, Ladies’ Home Journal, Volume 61, Issue 9, Repartee, Quote Page 117, Column 2, The Curtis Publishing Company, Philadelphia, Pennsylvania. (ProQuest)

G. B. Shaw, upon receipt of a card announcing, “Lady Sybil Merlin will be at home Tuesday between the hours of two and five in the afternoon,” returned it with the inscription: “George Bernard Shaw likewise.”
—LOUIS NIZER:
Thinking on Your Feet. (Liveright.)

. . . sent gilt-edged invitation through the post, you know, “Lady Knocks-Doggery will be at home from four p.m. to seven p.m. on February 21st,” . . . and written underneath in red ink and sent back to her is, “And so will Mr. Bernard Shaw.”

A lady notorious for courting celebrities sent Shaw an invitation reading: “Lady ———— will be at home on Tuesday between four and six o’clock.” Shaw returned the card annotated, “Mr. Bernard Shaw likewise.”

Image Notes: Public domain illustration of a hand writing a message from a 1912 edition of “The Book of Knowledge” published by The Grolier Society. Image has been resized.

(Great thanks to Pete Morris whose inquiry led QI to formulate this question and perform this exploration. Morris located the 1978 citation.)