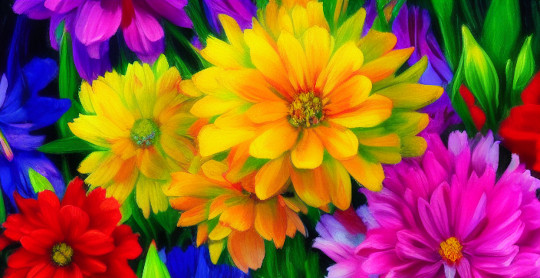 Someone once offered to send Mr. G. B. Shaw a box of game; but he replied that he would rather die than live at the price of bloodshed. So the anxious donor offered flowers. “Surely, you must be fond of flowers, Mr. Shaw?” “So I am of children,” he replied, “but I don’t cut off their heads, and stick them in pots about the room.”

The Boston newspaper stated that the tale was: “From the World and His Wife”. WorldCat indicates that “The World and His Wife” was a monthly magazine published in London between 1904 and 1910. The colloquial phrase “the world and his wife” means “a large group of people”. During subsequent weeks and months the story appeared in numerous newspapers including “The Chicago Daily Tribune” of Illinois[3] 1906 February 21, The Chicago Daily Tribune, Personal, Quote Page 8, Column 6, Chicago, Illinois. (Newspapers_com) and the “Los Angeles Express” of California.[4] 1906 February 26, Los Angeles Express, Items Gathered from Afar, Quote Page 8, Column 5, Los Angeles, California. Newspapers_com)

On one occasion a friend who noticed that Shaw never had any cut flowers at his house twitted him with not being fond of beautiful flowers. “I am fond of flowers,” retorted Shaw. “I am also fond of children, but I don’t cut off their heads and stick them in pots about the house.”

In your recent collection of anecdotes about Mr. Shaw, you overlooked a good one that was just reprinted in the Pulpit Digest. A distinguished writer visited Shaw and expressed surprise that there wasn’t a single vase of flowers in evidence in his Whitehall apartment.

“I thought you were so fond of flowers,” he remarked. “I am,” returned Shaw abruptly. “I’m very fond of children too. But I don’t cut off their heads and stick them in pots about the house!”

No scrapbook of literary gems would be complete without a G. B. Shaw story … A writer once visited Shaw and expressed surprise that there wasn’t a single vase of flowers in his apartment. “I thought you were fond of flowers,” he remarked . . . Shaw’s abrupt response: “I am fond of flowers. I am also fond of children. But I don’t cut off their heads and stick them in pots around the house!”

The garden was quite an ordinary one; for Shaw, as I have said, was not interested in flowers. He could never remember their names. He disliked cut flowers. One day a caller remarked that there were none in his room.

“I’m very fond of children,” said G.B.S., “but I don’t cut off their heads and stick them in pots around the house.”

He told me that this dislike of his probably arose out of an incident but for which he might never have been born. When his mother was being wooed by his father, there was a rival suitor whom she noticed, as he left the house one day, swishing off the heads of flowers with his cane. Somehow, it made her think of children’s heads, so she decided that she could not marry the fellow. We owe George Bernard Shaw and his fifty plays to that woman’s fancy of a moment.

In 1956 Archibald Henderson published “George Bernard Shaw: Man of the Century”. Henderson discussed Shaw’s mother, and he presented a version of the anecdote that differed from his 1927 version. The punchline referred to “babies” instead of “children”:[11]1972 (1956 Copyright), George Bernard Shaw: Man of the Century by Archibald Henderson, Volume 1, Part I: A Hazard of New Fortunes, Chapter 7: Family Life in London, Quote Page 88 and 89, … Continue reading

It is related that Shaw’s mother discarded a suitor because he slashed flowers off the stem with his cane. She thought of flowers as children; and so couldn’t entertain the thought of him as a husband. Shaw took this trait from his mother; and his wife took it from him.

At different times I have heard both of them inveigh against the cutting of flowers, so that, in answer to the inevitable query, “Why, don’t you love flowers?” they would, individually, reply: “I most assuredly do. I also love babies. But I shouldn’t care to go around cutting off babies’ heads and sticking them up in pots.” But I have seen Charlotte accept a bouquet of cut flowers very graciously, without rebuke to the donor.

Arnold Bennett once visited Shaw in his apartment overlooking the Thames Embankment in London and expressed surprise that not a single vase of flowers was in evidence. “I thought you were so fond of flowers,” chided Bennett. “I am,” responded Shaw abruptly. “I’m very fond of children too. But I don’t cut off their heads and stick them in pots about the house.”

In conclusion, QI believes that George Bernard Shaw deserves credit for this quip. It entered circulation by 1899, and Shaw apparently used it more than once. The precise phrasing varies.

(An inquiry from Pete Morris about a different expression attributed to George Bernard Shaw inspired QI to formulate this question and perform this exploration. Many thanks to Stu Silverstein who located the 1899 citation. Thanks also to Dan Goncharoff who mentioned that there was a magazine called “The World and His Wife”. Goncharoff also told QI about the colloquial meaning of the phrase “the world and his wife”.)

Update History: On October 4, 2022 the 1899 citation was added to the article. Also, parts of the article were rewritten.