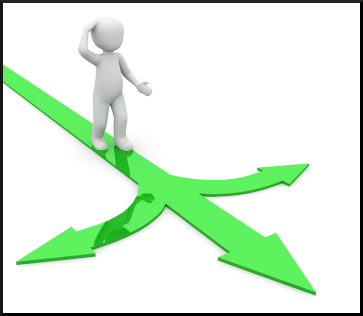 Question for Quote Investigator: A famous wit once offered the following piece of self-contradictory advice: Never take advice. Another prominent humorist offered a similar piece of oxymoronic guidance: Never give advice. Would you please help me to find these citations together with the correct phrasings?

Write a thousand words a day for the next five years for at least nine months every year. Read all the great critics—Ruskin, Richard Wagner, Lessing, Lamb and Hazlitt. Get a ticket for the British Museum reading room, and live there as much as you can. Go to all the first rate orchestral concerts and to the opera, as well as to the theatres.

Shaw provided a long series of additional recommendations, but he finished by comically flipping the entire discourse:

Finally, since I have given you all this advice, I add this crowning precept, the most valuable of all. NEVER TAKE ANYBODY’S ADVICE.

In 1950 popular English author P. G. Wodehouse published a collection of short stories titled “Nothing Serious” which included the tale “Tangled Hearts”. The narrator was the recurring character Oldest Member who belonged to a golf club with an ever changing name. The main character was Smallwood Bessemer, a newspaper columnist who was overly zealous when dispensing advice. The self-contradictory moral of the tale was pronounced by the Oldest Member during the following dialog:[2] 1951 (1950 Copyright), Nothing Serious by P. G. Wodehouse, Story: Tangled Hearts, Start Page 143, Quote Page 144, Doubleday & Company, Garden City, New York. (Verified with scans)

“Until very recently Smallwood Bessemer was a confirmed adviser.”
“Bad, that.”
“Yes. I always advise people never to give advice. Mind you, one can find excuses for the young fellow. For many years he had been a columnist on one of the morning papers, and to columnists, accustomed day after day to set the world right on every conceivable subject, the giving of advice becomes a habit. It is an occupational risk.”

Interestingly, the year specified above was inaccurate. P. G. Wodehouse did publish a tale titled “I’ll Give You Some Advice” in the September 1948 issue of “Cosmopolitan”. This story was rewritten and published in 1950 as “Tangled Hearts” which contained the quotation under examination; however, the original 1948 version of the tale did not contain the character Oldest Member, and it did not contain the quotation.[4] 1948 September, Cosmopolitan, I’ll Give You Some Advice by P. G. Wodehouse, Start Page 54, End Page 77, (Quotation is absent), Hearst’s Magazines, New York. (Verified with scans)

Since I have given you all this advice, I add this crowning precept, the most valuable of all: NEVER TAKE ANYONE’S ADVICE.
—George Bernard Shaw,
Advice to a Young Critic, 13 (1956)

The year above referred to the publication date of the collection containing George Bernard Shaw’s 1894 letter.

In conclusion, George Bernard Shaw wrote “NEVER TAKE ANYBODY’S ADVICE” in a letter dated 1894. A character in a 1950 story by P. G. Wodehouse said “I always advise people never to give advice”. Similar statements have been employed by others.

(Great thanks to Mardy Grothe whose newsletter of October 9, 2022 led QI to formulate this question and perform this exploration. The newsletter mentioned the entertaining P. G. Wodehouse quotation, and the website provided a 1983 citation.)