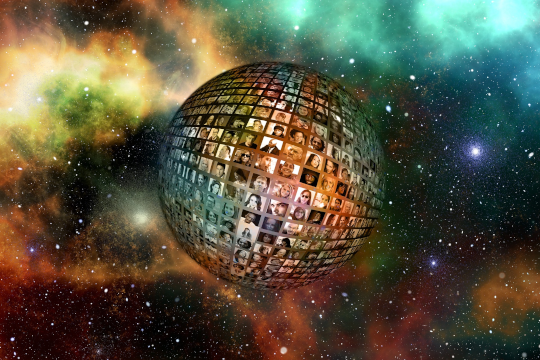 Question for Quote Investigator: The world population is projected to exceed 8 billion in 2022. Also, the United Nations Population Division forecasts that before 2100 the population will exceed 10 billion. Interestingly, some countries currently have declining populations.

One prominent person suggested that the optimum human population should be dramatically smaller—only one hundred thousand. This notion has been attributed to science fiction luminary Arthur C. Clarke and prominent English astronomer Fred Hoyle. Would you please explore this topic?

There is no doubt that, with proper organization, our planet could support a population of many billions at a much higher standard of living than today. But should it? In a world of instantaneous communication and swift transport, where all men are virtually neighbours, is there any point in a population of more than a few millions? The answer to this question depends upon one’s philosophical and religious views concerning the purpose of life.

Intriguingly, this low number was not due to fears of environmental impact; instead, Hoyle’s number was based on the limits of interpersonal relationships.

The consensus among population theorists is that the world is already overcrowded–is far in excess of the optimum population. And certainly there is much evidence throughout the world to support this view. Over-population is looked upon by many as one of the most pressing issues of the contemporary scene.

“The next ten years will decide the fate of the world. The world is in dire straits. Optimum population for the world is one and a half to two billion people; the present figure is three and a quarter billion. The world can’t feed properly this number of people. It simply hasn’t got the resources.”

In March 1969 a columnist in a Hackensack, New Jersey newspaper printed a letter from a person who did not want to be identified which presented a tentative number for optimum population:[5] 1969 March 14, The Record, In Defense of Optimism by William A. Caldwell, Quote Page A18, Column 6, Hackensack, New Jersey. (ProQuest)

“What’s optimum world population? What level of consumption must be maintained to assure that the locust will live well 10,000 years from now? Is it a billion people? I doubt it could be more. We are beyond that now by 2 billion.”

One of the prominent changes of the future will be the disinvention of work.

The sheep and the cow today are less than ten percent efficient as a mobile food producer and will go out about the end of the century.

One hundred thousand people is the optimum population for a world in which the work will be done by robots.

Fred Hoyle, the widely-known astronomer, once remarked to me that the optimum population of the world should be about 100,000 people because that is the maximum number you can get to know in a lifetime. This is rather a self-centered view, but interesting.

In 1974 “The New York Times” printed a letter from Donald W. Mann who was the president of activist group Negative Population Growth who presented a limit for the optimum population:[8]1974 August 8, New York Times, Section: Letters To the Editor, Letter Title: Birth Control: ‘The Price We Must Pay’, Letter From: Donald W. Mann (President of Negative Population Growth), Letter … Continue reading

The weight of scientific evidence supports the view that, in an industrial society, the optimum population of the world could not possibly exceed 500 million, or about one-eighth the 1970 level. We recommend this number as a longer-range goal.

The weight of scientific evidence supports the view that, in an industrial society, the optimum population of the world could not possibly exceed one billion, or about one-fourth the 1970 level. We recommend this number as a longer-range goal.

To summarize this brief essay, determination of an “optimum” world population size involves social decisions about the life styles to be lived and the distribution of those life styles among individuals in the population. To us it seems reasonable to assume that, until cultures and technologies change radically, the optimum number of people to exist simultaneously lies in the vicinity of 1.5 to 2 billion people.

Very few writers seem to recognize that growth cannot continue forever in a limited space, and that that mathematical truism applies to the real world, today. Kenneth Smail is one of those few who do. Moreover, he suggests that human numbers have already passed the long-term capacity of the Earth to sustain us and that an optimum world population lies perhaps in the range of 2 to 3 billion.

In conclusion, Arthur C. Clarke published an essay in 1969 in which he credited Fred Hoyle with suggesting an optimum world population of about one hundred thousand. Other values have been suggested, and they are usually larger.

Image Notes: Pictures of human faces mapped onto a sphere. Illustration from geralt at Pixabay. Image has been resized.