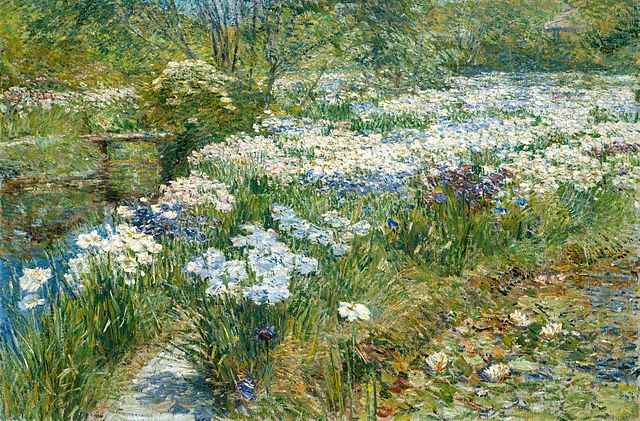 Question for Quote Investigator: When a stock in your portfolio goes up it is tempting to sell it and lock in profits. Also, when a stock is languishing it is natural to hold on to it with the hope that someday it will ascend. However, a vivid metaphorical adage says this is foolish behavior. Here are four versions:

This saying has been attributed to super-investor Warren Buffett and successful fund manager Peter Lynch. Would you please explore this topic?

Some people automatically sell the “winners”—stocks that go up—and hold on to their “losers”—stocks that go down—which is about as sensible as pulling out the flowers and watering the weeds. Others automatically sell their losers and hold on to their winners, which doesn’t work out much better. Both strategies fail because they’re tied to the current movement of the stock price as an indicator of the company’s fundamental value.

QI believes that the modern versions of this adage evolved from Lynch’s statement.

Bemoaning the fate of your town is like watering the weeds in the garden.

In 1978 an advertisement for a herbicide in a Texas newspaper used the phrase “watering your weeds” with a literal sense:[3]1978 May 28, The El Paso Times, You can’t kill a weed by watering it! (Advertisement for HERBI Micron West Incorporated, Houston, Texas), Quote Page 6C, Column 2, El Paso, Texas. … Continue reading

In 1989 Peter Lynch included a version of the adage in his book “One Up On Wall Street” as mentioned previously:[5]1989, One Up On Wall Street: How To Use What You Already Know to Make Money in the Market Peter Lynch with John Rothchild, Chapter 16: Designing a Portfolio, Quote Page 245, Simon and Schuster, New … Continue reading

Peter Lynch’s book also contained a shorter summary statement:[6]1989, One Up On Wall Street: How To Use What You Already Know to Make Money in the Market Peter Lynch with John Rothchild, Chapter 20: 50,000 Frenchmen Can Be Wrong, Quote Page 292, Simon and … Continue reading

If you take anything with you at all from this last section, I hope you’ll remember the following: . . .

You won’t improve results by pulling out the flowers and watering the weeds.

In fact, when we own portions of outstanding businesses with outstanding managements, our favorite holding period is forever. We are just the opposite of those who hurry to sell and book profits when companies perform well but who tenaciously hang on to businesses that disappoint. Peter Lynch aptly likens such behavior to cutting the flowers and watering the weeds.

Buffett wrote that Berkshire expects to hold these securities for a long time. “Our favorite holding period is forever.”

That is the opposite of those “who hurry to sell and book profits when companies perform well but who tenaciously hang on to businesses that disappoint. Peter Lynch aptly likens such behavior to cutting the flowers and watering the weeds.”

Cut your profits and let profits run. This sounds so simple but it sometimes goes against human nature. Peter Lynch, former manager of the Magellan Fund, said it best: “Most people water the weeds and cut the flowers — when they should do just the opposite.

However, Peter Lynch, noted fund manager, once said, “Selling companies that are doing well and purchasing ones that are faring poorly is like watering the weeds and cutting the flowers.”

Don’t cut your flowers and water your weeds. Don’t sell a stock simply to take a profit, and don’t keep a stock simply because it was once attractive. If the investment no longer meets your investment goals, cut your losses and move on.

In 2017 an article on the CNBC website referred to an interview “Forbes” magazine had conducted with Peter Lynch during which the celebrated fund manager recounted a conversation with Warren Buffett from many years earlier:[12]Website: CNBC, Article title: How Warren Buffett taught this legendary investor the value of making mistakes, Article author: Zameena Mejia, Date on website: October 17 2017, Website description: … Continue reading

Buffett told Lynch that he loved his new book “One Up on Wall Street,” in which Lynch explains his investment style and how it can help others succeed.

“I want to use a line from it in my year-end report. I have to have it,” Buffett said. “Can I please use it?”

“Sure. What’s the line?” Lynch asked.

The line Buffett wanted to quote was this: “Selling your winners and holding your losers is like cutting the flowers and watering the weeds.”

In conclusion, Peter Lynch coined this figurative investment advice in his 1989 book “One Up On Wall Street”. Warren Buffett used a version of the saying, but he credited Lynch. The phrasing has evolved over time to produce multiple variants.

(Great thanks to Barry Ritholtz who told QI via email in 2021 that he had interviewed Peter Lynch and learned that Warren Buffett had obtained this saying from Lynch. QI was inspired to formulate this question and perform this exploration.)