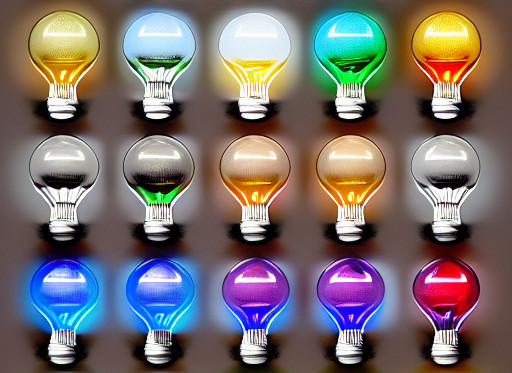 Question for Quote Investigator: Conformity is a powerful force that narrows the thought patterns of groups and individuals. Here are three selections from a family of pertinent sayings:

Items in this group have been attributed to the prominent statesman Benjamin Franklin, the influential journalist Walter Lippmann, the well-known military figure George S. Patton, and others. Would you please explore this topic?

Reply from Quote Investigator: This notion can be expressed in numerous ways; hence, it is quite difficult to trace. Below is an overview representing the evolution of this family with dates and attributions:

1886: When everybody thinks alike there is hardly any incentive to think at all
(Anonymous)

1905: When everybody thinks alike, nobody will think at all
(Anonymous)

1910: Where all think alike, you will find also a central office where all the thinking is done
(Jonathan P. Dolliver)

1915: Where all think alike, no one thinks very much
(Walter Lippmann)

1918: When all think alike no one thinks very much
(Anonymous)

1919: When everybody thinks alike nobody thinks at all
(Edward Krehbiel; He disclaimed credit in 1922)

1934: Where all think alike, no one thinks very much.
(Attributed to Walter Lippmann)

1942: When everyone thinks alike, no one thinks.
(Attributed to Reader’s Digest)

1949: When everyone thinks alike, ‘everyone’ is likely to be wrong
(Humphrey B. Neill)

1955: With everyone thinking alike, no one thinks at all
(Juvenile probation officer)

1959: When everyone is thinking alike, no one is doing any thinking!
(Attributed to Walter Lippmann)

1976: When everyone thinks alike, nobody thinks
(Attributed to Walter Lippmann)

1977: When all think alike, none thinks very much
(Attributed to Ronald Gould)

1989: When all think alike, then no one is thinking.
(Attributed to Walter Lippmann)

1990: If everyone is thinking alike then somebody isn’t thinking
(Attributed to George Patton)

1997: No one’s thinking if everyone is thinking alike
(Attributed to George Patton)

Summary Highlights: Precursors occurred in the 19th century, but the earliest full match located by QI occurred as an anonymous filler item in 1905. Journalist Walter Lippmann employed an instance in 1915, and he often receives credit for his popular phrasing. Stanford Professor Edward Krehbiel used an instance in 1919 although he disclaimed authorship later. Newspaper columnist Humphrey B. Neill crafted a variant in 1949.

QI hypothesizes that the linkage to statesman Benjamin Franklin and General George Patton occurred because of remarks in the 1979 book “I Remember General Patton’s Principles” by Porter B. Williamson. The book did not directly attribute the saying to either of these men; instead, the book claimed that the saying represented a decision making principle used by Franklin and Patton. Details are given further below.

Here are the details for the citations in chronological order.

In 1865 the Associated Alumni of the Pacific Coast met in California for a festival, and Dr. Henry Gibbons delivered a speech containing a precursor for the family of sayings. Boldface added to excerpts by QI:[2]1865, Oration, Poem, and Speeches Delivered at the Second Annual Meeting of the Associated Alumni of the Pacific Coast, Held at Oakland, California, June 6th, 1865, Section: The Festival, Remarks … Continue reading

“Men who think at all, don’t think like anybody else. It is the unthinking people, if you can pardon the solecism, who think alike.”

There is a very considerable want of harmony in the labor party just now. Well, gentleman, suppose you do disagree, what of it? When everybody thinks alike there is hardly any incentive to think at all.

In 1889 a newspaper in Astoria, Oregon printed another precursor. An editorial discussed the quarrelling which occurred at public meetings. The paper advocated harmony, but indicated that disagreements were inevitable:[4] 1889 May 4, The Daily Morning Astorian, To-Night’s Meeting, Quote Page 2, Column 1, Astoria, Oregon. (GenealogyBank)

There is no place this side eternity, or the graveyard, where people are unanimous, and where everybody thinks alike or don’t think at all.

Conservatives have no trouble in agreeing; they all think alike, because they do not think at all; but in radical movements tolerance is absolutely indispensable.

When everybody thinks alike, nobody will think at all.

The latter made a brief impromptu speech, in which he declared that a party in which there were no differences of opinion could not live. “When you find a community where all think alike, you will find also a central office where all the thinking is done,” he said.

To keep a faith pure, man had better retire to a monastery. Where all think alike, no one thinks very much. But whatever he does think, he can think with all his soul. It is at the cross-roads that skepticism is born, not in a hermitage. Without contact and friction, without experience, in short, our animal loyalties are supreme. Thought is not made in a vacuum, nor created out of likeness. It requires travel and shipping and the coming and going of strangers to impregnate a civilization.

Opposition, as Mr. Lippmann points out, is about the only incentive we have to practice reason and tolerance. “Where all think alike, no one thinks very much. But whatever he does think, he can think with all his soul.”

Freedom is creative foresight while authority is uniform hindsight. What creed makes freedom of thought a requirement of moral life?
When all think alike no one thinks very much.

“Each is looking through his own peculiar spectacles. And it is well that such a condition obtains. Because, as has been said, when everybody thinks alike, no one is thinking at all.”

“All conflict of ideas is good,” the Jewell Republican reminds us. “When everybody thinks alike it means that we are all morons and content to stay morons.”

Where all think alike, no one thinks very much.
WALTER LIPPMANN:
famous political commentator

So long as Baptists are a free people you cannot expect standardized uniformity either in thinking or in practice. Nothing is more true than the statement that where everybody thinks alike nobody thinks much.

I read in the Reader’s Digest words to the effect that when everyone thinks alike, no one thinks.

The more one studies this “opposite approach” to an analysis of economic and financial events, the more he must be impressed with the thought that “when everyone thinks alike, ‘everyone’ is likely to be wrong.”

“Sometimes the anti-social behavior of children is our most vivid indication of the need for constructive change. With everyone thinking alike, no one thinks at all. Our children are our most important asset and should be our greatest concern.”

. . . in the words of Walter Lippmann . . . “When everyone is thinking alike, no one is doing any thinking!”

John F. Kennedy so rightly said, “If everyone is thinking alike, then no one is thinking at all.” If America ever falls, it will be an inside job brought about by the indifference of the American people.

Perhaps the amount of thinking a person indulges in is illuminated by an ironic Czech saying, “Thinking hurts.” Likewise, there is the classic comment made in the 1930s by that outstanding American journalist, Walter Lippmann: “When everyone thinks alike, nobody thinks.”

When all think alike, none thinks very much. (RONALD GOULD)

In 1979 Porter B. Williamson published “I Remember General Patton’s Principles”. Patton died in 1945, and the book was based on Williamson’s memories of military service with Patton during World War 2. The book contained three versions of the saying. The first instance appeared as the title of a book section. The second instance appeared in the body of the text. Williamson stated that the saying was a principle used by Benjamin Franklin and George Patton:[23]1979, I Remember General Patton’s Principles by Porter B. Williamson, Chapter 5: Principles For Making Decisions, Section: No one is thinking if everyone is thinking alike, Quote Page 104, MSC … Continue reading

The third instance of the saying appeared on the back cover of the book within a list of decision making principles used by Patton:[24] 1979, I Remember General Patton’s Principles by Porter B. Williamson, Quote on Back Page, MSC Management and Systems Consultants, Tucson, Arizona. (Verified with scans)

DECISION MAKING
Grab’m by the nose and kick’m in the pants!
If everyone is thinking alike, no one is thinking.
In the long run, it is what we do not say that will destroy us.

In 1989 Lippman received credit for yet another phrasing of the expression:[26] 1989, The Concise Columbia Dictionary of Quotations by Robert Andrews, Topic: Conformity, Quote Page 51, Columbia University Press, New York. (Verified with scans)

When all think alike, then no one is thinking.
Walter Lippman (1889-1974)
American journalist

If everyone is thinking alike then somebody isn’t thinking.

We need to speak out on valid points of difference. General George Patton’s principles for making decisions still apply: “No one’s thinking if everyone is thinking alike.”

As General Patton famously said, “If everyone is thinking alike, then somebody isn’t thinking.” 125

Footnote 125. Although this quote is commonly attributed to Patton, we couldn’t find any direct proof of his actually saying it, at least not from his memoir War As I Knew It or from his famous speech to the Third Army. But the Internet says he did, so it must be true (that’s a joke).

In conclusion, this article presents a snapshot of current research. The earliest close match for this saying appeared in 1905, and the creator was anonymous. A large number of variant expressions have proliferated during subsequent years. Walter Lippmann penned a version in 1915. Edward Krehbiel employed a version during a 1919 speech although he disclaimed credit in 1922.

The connection to George Patton is weak. The attribution appeared in a 1979 book by Porter B. Williamson who was relying on his memories of events that happened decades earlier.

Image Notes: Public domain illustration of lightbulbs of different colors. Image has been cropped and resized.

(Great thanks to Juan Quaglia, Fabius Maximus, and Jade P whose inquiries led QI to formulate this question and perform this exploration. Also, thanks to Eric Schmidt and Jonathan Rosenberg who mentioned this saying in their 2014 book which gave further impetus to this quest. Further thanks to Barry Popik for his research on this topic which was acknowledged in the body of this article. Also, thanks to Pete Morris who sent QI some 19th century precursors including the 1865 and 1898 citations.)