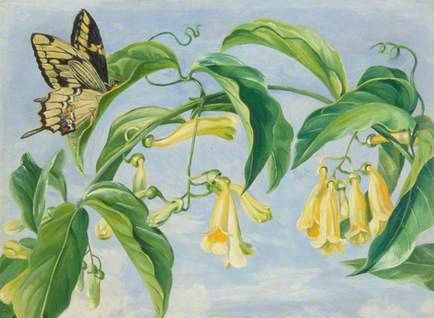 Question for Quote Investigator: When you are living a full life you are always changing and growing. You are not inert or stagnant. Here are two versions of a pertinent adage:

This saying has been attributed to prominent U.S. psychologist Carol Dweck, renowned German artist Paul Klee, influential Scottish physician Thomas Oliver, and others. Would you please explore this topic?

Reply from Quote Investigator: This notion has roots in ancient spiritual and philosophical traditions. But this article is focused on tracing closely matching statements.

The earliest instance located by QI appeared in a December 1913 address delivered by Professor of Medicine Sir Thomas Oliver before the Insurance Institute of Newcastle-upon-Tyne in England. Boldface added to excerpts by QI:[1]1914, The Chartered Insurance Institute Journal of 1914, Medico-Social Problems from an Insurance Point of View by Sir Thomas Oliver M.D. (Professor of the Principles and Practice of Medicine, … Continue reading

The successful man admits that there is more pleasure in work than in having secured the rewards of it—that becoming is better than being—since possibility marks the one and finality seals the other.

QI tentatively credits Oliver with this expression although he may have been repeating a saying that he had heard previously.

In 1914 the article based on Oliver’s address appeared in “The Chartered Insurance Institute Journal” and “The Lancet” of London. Thus, the adage achieved further circulation.[2]1914 April 4, The Lancet, Medico-Social Problems from an Insurance Point of View by Sir Thomas Oliver M.D. (Professor of the Principles and Practice of Medicine, University of Durham College of … Continue reading

To the modern student of civics, Becoming is more important than Being; and most important of all is the selection and development of tendencies, so that Becoming may be guided towards its higher spiritual ends, lest peradventure it lapses to the lower animal ones.

Also, in 1914 the artist Paul Klee penned a private diary entry in German which was translated into English in 1964 to yield the following:[4]1968 (1964 Translation Copyright), The Diaries of Paul Klee 1898-1918 by Paul Klee, Edited by Felix Klee, Translated from German to English by Pierre B. Schneider, R. Y. Zachary, and Max Knight, … Continue reading

In my productive activity, every time a type grows beyond the stage of its genesis, and I have about reached the goal, the intensity gets lost very quickly, and I have to look for new ways. It is precisely the way which is productive—this is the essential thing; becoming is more important than being.

In November 1964 Katharine Kuh published a review of Klee’s diary in the “Saturday Review of Literature”. The adage caught her interest, and she reprinted it with her commentary:[5]1964 November 28, Saturday Review of Literature, The Fine Arts: The Escape from Style by Katharine Kuh, (Review of “The Diaries of Paul Klee”), Start Page 26, Quote Page 26, Column 3, Saturday … Continue reading

Certain of Klee’s concepts prepared the ground for battalions of contemporary artists. When he said, “The subject in itself is certainly dead. What counts are the impressions before the subject,” and a bit later, “It is precisely the way which is productive—this is the essential thing; becoming is more important than being,” he laid the cornerstone for abstract expressionism almost a half-century before that modern movement made headlines.

In 1965 Helen E. Durkin published “The Group in Depth”, and she used the adage while presenting her interpretation of the philosopher Martin Heidegger:[6]1965 (Copyright 1964), The Group in Depth by Helen E. Durkin, Chapter 16: Some Philosophical Roots of Existential Group Psychotherapy, Quote Page 286, International Universities Press Inc., New York. … Continue reading

Heidegger noted certain significant modes or categories of existence. The most important of these, he felt, was the temporal one. And within this category the future was to be considered more important than the present. Because existence is chiefly temporal and historical, Heidegger thought it had so far chiefly been regarded in the mode of the present. But he stressed the mode of the future. Becoming is more important than being. Becoming was the keynote too, for the analysts who followed him and for whom present existence was of primary importance.

In 1970 the “Encyclopedia of Mental Health” included an article about psychiatry by Kenneth E. Appel and Harold H. Morris. The authors used a version of the saying while discussing existentialism:[7]1970, Encyclopedia of Mental Health, Editor in Chief: Albert Deutsch, Executive Editor: Helen Fishman, Psychiatry by Kenneth E. Appel (Professor of Psychiatry, University of Pennsylvania) and Harold … Continue reading

Sometimes becoming is more important than achieving or arriving. I’m not talking about self-indulgence. I’m talking about self-acceptance. All tomorrows can be in our favor if we carry on in a spirit of commitment and self-encouragement.

In 1990 H. Jackson Brown Jr. published a collection of sayings he ascribed to his mother Sarah Frances Brown under the title “P.S. I Love You”. The book included a thematically related saying:[10] 1990, P.S. I Love You: When Mom wrote, she always saved the best for last, Compiled by H. Jackson Brown Jr., Quote Page 5, Rutledge Hill Press, Nashville, Tennessee. (Verified with scans)

P.S. What you are becoming is more important than what you are accomplishing.

“Becoming is better than being.
Creation surpasses completion.”

In her poem, “Continuum,” Barbara Allen has provided a blueprint for life. Motion, not necessarily physical, but indeed mental, must be maintained. And with this motion, hopefully comes progress and improvement.

It is another version of the familiar poststructuralist line that becoming is more important than being: in this particular case, that process takes precedence over the products of the process.

In 2006 Carol Dweck published “Mindset”, and she provided an anonymous attribution:[13] 2012 (2006 Copyright), Mindset by Carol Dweck, Chapter 2: Inside the Mindsets, Quote Page 25, Robinson: An Imprint of Constable & Robinson, London. (Verified with scans)

There was a saying in the 1960s that went: “Becoming is better than being.” The fixed mindset does not allow people the luxury of becoming. They have to already be.

“We’re not very tall and we’re not very experienced, but we talk every day about (how) becoming is better than being,” Hotaling said. “We are becoming a much better team. The slow start that we’ve had hasn’t bothered us because we have bigger goals in mind.”

In 2013 “The Sunday Telegraph” published a column containing a description of the office décor of a telecommunications company:[15] 2013 January 13, The Sunday Telegraph, Be nice to your office – it pays: THINK TANK by Octavius Black, Quote Page 10, London, England. (ProQuest)

One of our core beliefs is that “science is sexy, in research we trust” and so we dedicated each meeting room to a legendary psychologist with a wallsized image of Jung, Langer and their like and a quote — ‘Becoming is better than being’ in the Carol Dweck room, for example.

In conclusion, physician Thomas Oliver employed this adage in 1913. Artist Paul Klee wrote down a German version in his private diary in 1914. In addition, Victor Branford published an instance in 1914. Oliver currently has precedence, and QI tentatively credits him with the saying. Future researchers may uncover additional citations which clarify the situation.

Image Notes: Public domain illustration titled “Yellow Bignonia and Swallow-Tail Butterflies with a View of Congonhas, Brazil” from biologist and botanical artist Marianne North who died in 1890. The image has been cropped and resized. Butterflies have a four-stage life cycle which includes a dramatic metamorphosis. These transitions suggest the importance of “becoming”.

(Great thanks to Shantha Mohan whose inquiry led QI to formulate this question and perform this exploration.)