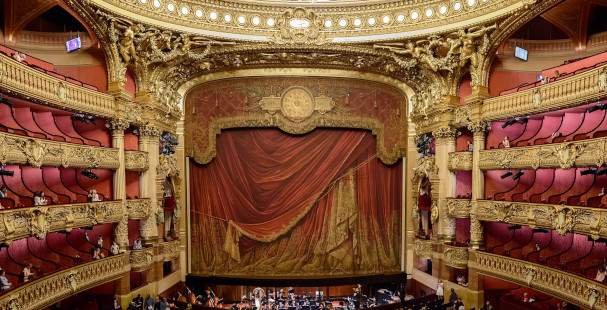 Question for Quote Investigator: A prominent theater producer was unhappy with the tryout performance of a show that he was funding. A stagehand did not recognize the producer which led to the following dialog:

A variant joke employed similar wordplay. A well-regarded writer was called upon to improve a script. He attempted to enter the theater to see a rehearsal, but the doorman did not recognize him:

Would you please explore the provenance of this word play?

Reply from Quote Investigator: The earliest match located by QI appeared in a short item published in the “The Kansas City Star” newspaper of Missouri in 1906. The dialog participants were both anonymous. Boldface added to excerpts by QI:[1] 1906 May 13, The Kansas City Star, Some People of the Stage, Quote Page 9, Column 1, Kansas City, Missouri. (Newspapers_com)

It was at the stage door at Wallack’s, New York, one night recently during the brief “run” of the since defunct “District Leader.” Among those awaiting the exit of members of the company were several theatrical friends. Two of them met for the first time in months. Said one:
“Are you with the show?”
Growled the other, who doubtless had sat it out on a pass:
“No; I’m against it!”

“Howard Dietz, author of ‘Between the Devil,’ didn’t like the tryout performance in New Haven,” a producer relates at the Marguery.
“He stood in the back of the theater, and a stagehand asked him, ‘Are you with the show?’ Dietz answered: ‘No, I’m against it.’”

A stage doorman, evidently new to the legitimate theatre, failed to recognize Kaufman as he walked into the semidarkness of a rehearsal theatre.
“I beg your pardon, sir,” he asked, “are you with the show?”
“Let’s put it this way,” Kaufman said, “I’m not against it.”

Kaufman’s strongest sense of loyalty was not to himself as a writer, director, or producer, but to the play, its performances, and the enjoyment of those who saw it. He expressed this in his funny, modest way one afternoon when a doorman failed to recognize him as he was entering a theatre where one of his shows was in rehearsal. The doorman asked, “Excuse me, sir, are you with the show?”
“Well,” Kaufman replied, “let’s just say I’m not against it.”

I resumed walking up Broadway, rolling my favorite sayings of his over and over in my mind. Like the one prompted by a stage doorman who failed to recognize the famous forlorn countenance when Kaufman arrived for a rehearsal. “Are you with the show?” the doorman asked. My hero replied, “Let’s just say I’m not against it.”

In conclusion, this family of jokes began to circulate by 1906. The creator was anonymous. By 1937 the zinger was assigned to Howard Dietz, and by 1972 a variant was assigned to George S. Kaufman.

Image Notes: Picture of a theater stage from MustangJoe at Pixabay. Image has been cropped and resized.