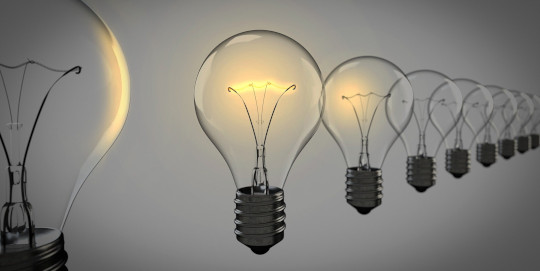 Quote Investigator: There is no substantive evidence that Einstein wrote or spoke either of the statements above. Neither is listed in the comprehensive reference “The Ultimate Quotable Einstein” from Princeton University Press. Einstein died in 1955, and he received credit for the saying many years afterward in 1992.[1] 2010, The Ultimate Quotable Einstein, Edited by Alice Calaprice, Section: (Statement does not appear), Princeton University Press, Princeton, New Jersey. (Verified on paper)

This quip is difficult to trace because it can be phrased in many ways. The earliest match located by QI appeared on April 11, 1969 in the “Jewish Journal” of New Brunswick, New Jersey within a short editorial piece without a byline titled “Nobody Asked Me, But”. Boldface added to excerpts by QI:[2] 1969 April 11, Jewish Journal, Nobody Asked Me, But, Quote Page 2, Column 1, New Brunswick, New Jersey. (GenealogyBank)

END_OF_DOCUMENT_TOKEN_TO_BE_REPLACED

Dear Quote Investigator: There is a popular phrase used to criticize individuals and groups. Here are three examples:

Can you determine who originated this turn of phrase?

Quote Investigator: The earliest evidence located by QI appeared in 1922 when the diary of Sir Algernon West was published. The critical words were attributed to the prominent playwright and social commentator George Bernard Shaw, and they were aimed at Archibald Philip Primrose, 5th Earl of Rosebery who was for a short time the Prime Minister of the United Kingdom. Boldface has been added to excerpts below:[1]1922, Private Diaries of the Rt. Hon. Sir Algernon West, G.C.B. by Sir Algernon West, Edited by Horace G. Hutchinson, Chapter III: 1892: The General Election, Quote Page 35, E.P. Dutton and Company, … Continue reading

Bernard Shaw, in later years, described him as a man who never missed an occasion of losing an opportunity, and W. Johnson, afterwards Cory the Eton master, said in a classical allusion that he wanted the palm without the dust.

The phrase “wanted the palm without the dust” referred to the desire to obtain victory without a major expenditure of effort. The excerpt above assessing Rosebery’s character was part of a section recounting events in 1892 but the date of the remark by Shaw was not precisely specified. Algernon West died in 1921.

Bernard Shaw, in later years, described him as a man who never missed an occasion of losing an opportunity…

END_OF_DOCUMENT_TOKEN_TO_BE_REPLACED

Dear Quote Investigator: While watching a cable news channel I heard a commentator present a quotation that he credited to Winston Churchill. When I searched the web I found many different versions:

No citations were given. The quotation books I consulted did not list this saying under Churchill. Is this statement really from Churchill?

Quote Investigator: Probably not. The earliest evidence located by QI of a variant of this saying was employed by Abba Eban who was an Israeli politician and diplomat. In March 1967 Eban visited Japan, and the New York Times reported on a remark that he made:[1] 1967 March 19, New York Times, “Japan Welcomes Eban Warmly; Her Industry Impresses Israeli” by Robert Trumbull, Page 14, New York. (ProQuest)

Commenting that the passage of time offered the best hope of an end to the problems of Israel and her neighbors, he said: “Men and nations behave wisely when they have exhausted all other resources.”

Note that the above version of the saying did not highlight a specific nation and used the word “resources”. In June 1967 Eban revisited this theme with a comment that was closer to the modern version of the saying. Once again he used the generic referent “nations”:[2] 1967 June 07, The Evening Times [Trenton Evening Times], U.N. Waits Formal Answers, [Associated Press], Start Page 1, Quote Page 2, Column 1, Trenton, New Jersey. (GenealogyBank)

… he said he was hopeful a new system of interstate relationships might come to pass because “nations do behave wisely once they have exhausted all other alternatives.”

Also in June 1967 Eban delivered a speech at the United Nations which included an instance of the expression as recorded in a Canadian periodical:[3]1967 June 16, Canadian Jewish Chronicle Review, Abba Eban at the United Nations: Not Backward to Belligerence But Forward to Peace, [UN address by Abba Eban on June 6, 1967], Page 9, Montreal, … Continue reading

The question is whether there is any reason to believe that such a new era may yet come to pass. If I am sanguine on this point, it is because of a conviction that men and nations do behave wisely once they have exhausted all other alternatives. Surely the other alternatives of war and belligerency have now been exhausted.