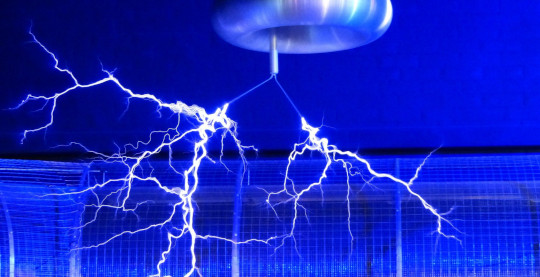 Be alone, that is the secret of invention.

Quote Investigator: In 1934 Nikola Tesla was interviewed in “The New York Times” by journalist Orrin E. Dunlap Jr, and the brilliant innovator highlighted the value of separateness: 1

“It is providential that the youth or man of inventive mind is not ‘blessed’ with a million dollars,” said Mr. Tesla. “He would find it difficult to think. The mind is sharper and keener in seclusion and uninterrupted solitude. No big laboratory is needed in which to think.

Originality thrives in seclusion free of outside influences beating upon us to cripple the creative mind. Be alone, that is the secret of invention; be alone, that is when ideas are born.”

END_OF_DOCUMENT_TOKEN_TO_BE_REPLACED

Dear Quote investigator: The famous inventor Nikola Tesla envisioned a future in which human lives would be spared during warfare because advanced technology would allow the construction of fighting automatons. This would transform “battle into a mere spectacle” of machines in combat. Tesla hoped that the end of bloodshed would lead to an enduring peace. I am looking for a citation. Would you please help?

Quote investigator: In 1900 Nikola Tesla published an article in “The Century Magazine”. He described his construction of a model boat that could be steered and controlled via wireless signals. He called the device a “telautomaton”, and he suggested that full scale vessels could carry explosives. He also imagined more advanced telautomatons able to act independently of human control. Yet, Tesla’s paradoxical goal was the end of warfare. Emphasis added to excerpts by QI: 1

So long as men meet in battle, there will be bloodshed. Bloodshed will ever keep up barbarous passion. To break this fierce spirit, a radical departure must be made, an entirely new principle must be introduced, something that never existed before in warfare—a principle which will forcibly, unavoidably, turn the battle into a mere spectacle, a play, a contest without loss of blood. To bring on this result men must be dispensed with: machine must fight machine. But how accomplish that which seems impossible?

The answer is simple enough: produce a machine capable of acting as though it were part of a human being—no mere mechanical contrivance, comprising levers, screws, wheels, clutches, and nothing more, but a machine embodying a higher principle, which will enable it to perform its duties as though it had intelligence, experience reason, judgment, a mind!

Below are additional excerpts and selected citations in chronological order.

END_OF_DOCUMENT_TOKEN_TO_BE_REPLACED

Dear Quote Investigator: Nikola Tesla was a brilliant inventor and showman with a science fictional mystique. The following ominous quotation is attributed to him:

You may live to see man-made horrors beyond your comprehension.

Would you please help to find a solid citation?

Quote Investigator: The earliest strong match located by QI appeared in a 1947 “Esquire” magazine profile of Nikola Tesla titled “Ahead of His Time” by Dick Holdsworth. The quotation was spoken by the inventor during a demonstration held in New York: 1

At the first Electrical Exhibition held in the old Madison Square Garden in 1898 the inventor astonished spectators as he controlled by radio remote control an iron rowboat, which floated in a large tank of water in the center of the arena.

Tesla successfully operated a propeller attached to an electric motor, and he guided the small boat through intricate movements with a rudder. The observer’s reactions to the remarkable display were influenced by a mysterious event that occurred in February 1898. An explosion ripped through the warship USS Maine while it was docked in Havana Harbor and it quickly sank. Unsurprisingly, an unnamed military man observing Tesla’s demonstration envisioned the watercraft as a potential weapon, Emphasis added by QI: 2

“Why, with your radio boat—loaded with dynamite—we would have any enemy navy in the world at the bottom in no time,” exclaimed an admiral who saw the demonstration.

“With this principle,” replied Nikola Tesla more prophetically than he knew, “you may live to see man-made horrors beyond your comprehension.”

Tesla’s words were reportedly spoken forty-nine years before the “Esquire” article appeared in 1947, and Tesla himself died four years before publication in 1943. Thus, the credibility of this ascriptional evidence is reduced. Perhaps future researchers will be able to build on this lead.