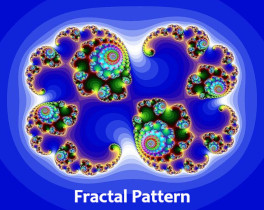 I have yet to see any problem, however complicated, which, when you looked at it in the right way, did not become still more complicated.

The words have been attributed to the prominent science fiction author Poul Anderson and the influential literary figure Arthur Koestler. What do you think?

Quote Investigator: In April 1957 Poul Anderson published a novelette titled “Call Me Joe” in the magazine “Astounding Science Fiction”. The story concerned a paraplegic who was given the task of psionically controlling an artificially constructed creature who was located on the planet Jupiter with its challenging environment. The tale has been reprinted frequently and appeared in prestigious collections of the “Hall of Fame” and “Masterpieces” variety. Curiously, the plot and situation displayed several parallels with the enormously popular movie “Avatar”.[1]Website: io9, Article Title: Did James Cameron Rip Off Poul Anderson’s Novella?, Article Author: Lauren Davis, Date: October 26, 2009, Website description: “io9 is a daily publication … Continue reading

One character named Jan Cornelius complained that he was visiting the satellite research station near Jupiter on a simple mission that should only take a few weeks, but he was required to spend 13 months waiting for a return spaceship to Earth. A scientist on the station named Arne Viken replied as follows. Boldface has been added to excerpts:[2]April 1957, Astounding Science Fiction, Edited by John W. Campbell Jr., Call Me Joe by Poul Anderson, Start Page 8, Quote Page 12, Published by Street & Smith Publications, New York. (Verified on … Continue reading

“Are you sure it’s that simple?” asked Viken gently. His face swiveled around, and there was something in his eyes that silenced Cornelius. “After all my time here, I’ve yet to see any problem, however complicated, which when you looked at it the right way didn’t become still more complicated.”

The popular modern version of this quotation differed slightly. The original employed the contractions “I’ve” and “don’t”. Also, it used the phrase “the right way” instead of “in the right way”. Arthur Koestler did include an instance of the saying in one of his books in 1967, but he did not claim credit; instead, he ascribed the words to Poul Anderson.

END_OF_DOCUMENT_TOKEN_TO_BE_REPLACED

Dear Quote Investigator: There is a venerable tale illustrating the shifts that occur in the meanings of words over time. During the construction of the Cathedral of St Paul the monarch of England was taken on a tour of the edifice by the chief architect, Sir Christopher Wren.  When the excursion was complete the monarch told Wren that the new building was amusing, awful, and artificial. Remarkably, Wren did not feel insulted; instead, he was greatly pleased. In the 1600s amusing meant amazing, awful meant awe-inspiring, and artificial meant artistic. Is there any support for the accuracy of this entertaining legend?

Quote Investigator: There are many variants of this story involving different monarchs; for example, King Charles, King James, King William, and Queen Anne are sometimes named. The words with changing meanings include: awful, amusing, pompous, and artificial. The Cathedral of St Paul in London was built between 1675 and 1711 based on a design submitted by Christopher Wren, and this period overlapped the reigns of several monarchs in England. The previous cathedral on the site had been destroyed in a fire.

There is solid evidence that a royal warrant from King Charles II used the phrase “very artificial” while praising Wren’s design. This usage might be the seed that resulted in an efflorescence of different tales in later years. The warrant authorizing the beginning of the construction of the Cathedral of St. Paul was annexed to the surveyor’s drawings, and the document was signed in 1675.

The grandson of the cathedral designer published the text of the warrant in a book of family memoirs in 1750. The royal “We” was capitalized in the warrant. Boldface has been added to the following passage and some excerpts further below:[1]1750, “Parentalia: Or, Memoirs of the Family of the Wrens; Viz. of Mathew Bishop of Ely, Christopher Dean of Windsor, &c. But Chiefly of Sir Christopher Wren, Late Surveyor-General of the … Continue reading[2]2006, Brewer’s Famous Quotations by Nigel Rees, Section: “JAMES II English King (1633-1701)”, Page 253, Weidenfeld & Nicolson, London. (Verified on paper) [This valuable reference … Continue reading

… among divers Designs which have been presented to Us, We have particularly pitched upon one, as well because We found it very artificial, proper, and useful; as because it was so ordered that it might be built and finish’d by Parts: We do therefore by these Presents signify Our Royal Approbation of the said Design, hereunto annexed; and do will and require you forthwith to proceed according to the said Design, beginning with the East-end or Quire, and accomplishing the same with the present Stock of Money, and such Supplies as may probably accrue, according to the Tenor of the Commission to you directed; and for so doing this shall be your Warrant. Given at Our Court at Whitehall, the 14th Day of May, 1675, in the 27th Year of Our Reign.
By His Majesty’s command, HENRY COVENTRY.

The words of praise in the warrant were remembered, and in 1873 an article in Fraser’s magazine stated that the meaning of the word “artificial” had changed. The commentator also noted that Wren’s plans for the cathedral were considerably altered during its multi-decade construction:[3] 1873 September, Fraser’s Magazine, Volume 8, St. Paul’s Cathedral by C. L. Eastlake, Start Page 284, Quote Page 292, Longmans, Green, and Co., London. (Google Books full view) link

Even his last design, approved by the King and ordered to be carried out, is wonderfully unlike what was really executed. Luckily he had liberty in the prosecution of his work to make some variations; and if his Majesty had lived to see what those variations became he would certainly not have recognised the design which in the royal warrant had been described as being very artificial, proper, and useful! The word artificial, we need scarcely explain, then meant artistic.